The grave of a former enslaved man who rose to become a Florida state senator may be buried under a parking lot there.

Robert Meacham was born in Jefferson County, Florida, and died in Tampa. According to a new report from The Washington Post, he and over 1,000 other African Americans from the antebellum period may be buried under a parking lot near a Tampa cemetery that was designated for Italians.

College Hill Cemetery had sections for Black and Cuban people, and, according to The Tampa Bay Times, it disappeared in the 1940s.

Yvette Lewis, president of the local NAACP branch, is calling on the city to help find the lost bodies. “The city never has told our history,” she said. “The City of Tampa … needs to honor and own this and right this wrong.” 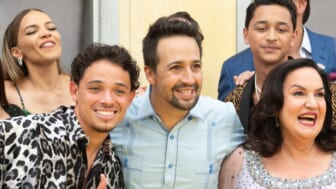 Also Read:
Lin-Manuel Miranda apologizes for lack of dark-skinned Afro-Latinos in ‘In The Heights’

According to records, the property was purchased in 1889 by “the Nickle Club of Tampa for colored people.” The club applied for a plot of Black burial section. “Overlaying it onto a modern map places the cemetery on what is today the back bottom corner of the Italian Club Cemetery’s parking lot, under a portion of the mausoleum, a piece of land where Italians are buried today,” according to The Tampa Bay Times.

The year 1935 was the last of recorded burials in College Hill Cemetery. It was sold to The Italian Club, which is a social club, and a mausoleum was built on the land.

In 2005, ground-penetrating radar was used to scan its parking lot before plans to potentially build a second mausoleum, and a report found that no graves were found. However, those plans were discarded. 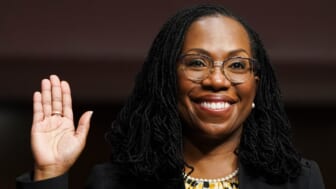 The Tampa Bay Times was the first to publish a report in 2019 about the fact that College Hill Cemetery may lie under the parking lot, but no action has been taken by the private group.

According to historians, Meacham was reportedly the child of a white slave owner and enslaved mother, an educated man who, once freed, rose to help create the African Methodist Episcopal church in Florida, plus helped write the state’s constitution and establish its school system.