Man up and cry: Making room for men to be vulnerable

OPINION: If we are to create whole communities, we must reframe how we feel about men expressing emotions through tears 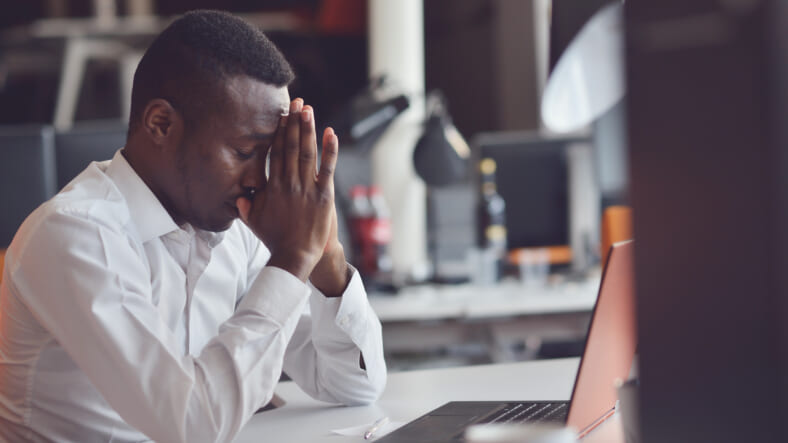 Openly showing emotions in a society where ‘real men don’t cry’—or so we’ve been conditioned to believe—can be a crushing blow to manhood. Crying is a human expression, but it is a gendered one.

For instance, it is socially acceptable for women to showcase emotion by crying, but men are often shamed for doing so.The uncomfortable reactions, as if something very unnatural occurred, and the silent but apparent judgement when men express their true feelings, compromise their masculinity.

Anymore than a tear or two––in somber circumstances—is socially unacceptable. Outside of grief, men receive an explicit message about crying: man up and stop it.

But if we are to create whole communities, we must reframe how we feel about men expressing emotions through tears. We cannot deny men the blessing of crying yet decry toxic masculinity. We cannot complain that men are unable to show emotion or be emotionally supportive if we condition them from childhood to withhold emotion or showcase only certain types of emotion.

If we continue to teach our male children that crying is emasculating, we will continue raising men who are unable to appropriately express themselves, and uncomfortable with displaying anything other than anger.

When we deny men the beauty of crying, we do six things:

If being strong—and crying is weak—is the only option for men, what’s left for them to do, besides develop an unhealthy fear of emotions, hide their feelings, and have no safe space to deal with the pain and hurt that’s inherent in trauma, sadness, and loss. The code of brotherhood which gives the nod to men who are strong, silent, and capable is bolstering a culture of angry, hostile, and emotionally withdrawn men, who are bullied into dismissing their emotions and denying themselves a right to feel them.

As a woman, the idea of detachment and indifference being the cornerstones of what it means to be a man petrifies me. Having an emotional disconnection with himself makes him emotionally unavailable to his partner––think for a moment how that translates in every aspect of a relationship including intimacy. 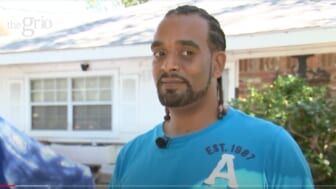 On one hand, men are expected to carry the weight of the world on their shoulders and feel nothing while doing so. On the other hand, they’re accused of being emotionally bankrupt for doing exactly what’s asked of them. When men bottle up their feelings, they encapsulate all feelings, making no exception for the good ones.

A lack of tolerable emotional diversity–something different than anger and rage––has deprived them of the emotional maturity to live a life where they are understood and affirmed; instead of misjudged and rejected, particularly men of color.

3.      PREVENT MEN AND BOYS FROM LETTING THEIR GUARDS DOWN

Releasing pent up frustrations, disappointments, and pain is cathartic. Men should benefit from the healing that accompanies a good, long cry without surrendering their ‘macho card.’ I was told that my older brother cried over a distressing family matter, but I’ve never actually seen his eyes swell with tears or watched them roll down his cheeks.

I cannot fathom there having not been situations in his life when crying wouldn’t have been therapeutic. Our grandfathers, fathers, husbands, uncles, brothers, nephews, and friends need to be able to trust us to let down their guards without jeopardizing their status or standing in our eyes. Because conveying emotions doesn’t make one vulnerable or weak, it makes us human, honest and courageous—all honorable qualities.

Men shouldn’t have to shut down to escape ridicule and embarrassment. It pains me to observe my almost 30-year-old nephew, who is genuinely tender-hearted, struggle with protecting his image versus purging himself of aggravation. This persona of being a ‘tough guy’ puts men’s mental health on the line. Being entangled in a web of toxic emotions with no viable outlet can lead to anger, aggression, violence, and suicide.

Dr. Aaron Rochlen, psychologist of the University of Texas, and his colleagues have been documenting how the traditional male role – which restricts emotional expression and encourages a pre-occupation with success, power and competition – is associated with negative physical and psychological consequences, such as depression, anxiety and relationship problems. Perhaps we should rethink the expression ‘take it like a man,’ especially if taking it like a man has harmful mental repercussions. 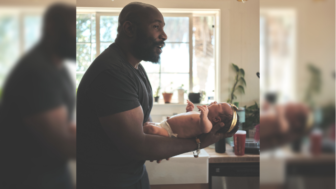 Also Read:
This Father’s Day, I grieve the loss of one daughter but celebrate the birth of another

5.      SUPPORT THE FALSE NOTIONS THAT BOYS WILL BE BOYS

I understand why men proceed with caution when it comes to displaying emotion. In a classic ‘Catch-22,’ they are condemned if they do and condemned if they don’t. How do men move pass the stigma that an outward show of feelings is reserved for women? They should start by challenging the notion that masculinity and emotions are mutually exclusive. Because no human––man or woman––was designed to swallow their emotions.

Going public with their emotions may be too much for some men to handle at first. It’s important for them to find a safe space where they can stop choking up and instead comfort their feelings. Maybe, the man cave can second as a place to connect with like-minded men in order to ease into sharing sensitive sentiments out loud and without judgement. The more men healthily release their emotions, the more likely they are to escape from emotional bondage and be unashamed to cry.

There is one crucial lesson in all of this: when men fall, we should encourage and let them cry. We must make room for men to be vulnerable. We must question the stoic, apathetic, and emotional introverted characterization of a man as being ideal. We must allow our boys to fall down and cry before they get back up. When we do, men will be able to open up, expose their true selves, express their authentic feelings, and share their personal burdens. When we do, men will be able to man up and cry.

Bernadette Anderson, MD, MPH is a well-known and highly regarded medical expert, thought leader, visionary, and the creator of Life in Harmony, an innovative, intentional and action-oriented approach to well-being. During her more than 20 years in the healthcare industry, she has devoted much of her time to developing, teaching, and educating people on the principles of health and lifestyle medicine