The actress was on a recent episode of Hypochondriactor with Sean Hayes and Dr. Priyanka Wali in which she breaks down her journey with diabetes and the higher rates in the Black community

In a recent podcast interview, Yvette Nicole Brown reveals that she got “full-blown diabetes” while shooting her hit series, Community.

Yvette Nicole Brown recently appeared on Hypochondriactor, Sean Hayes and Dr. Priyanka Wali‘s podcast. Focusing on medical histories, each episode the hosts, “bring on a guest with an incredible medical story and discuss the outcome.”

On this week’s episode, Brown joined the conversation and opened up about her history with diabetes, revealing to the hosts that she got “full-blown diabetes” while filming Community, the fan-favorite series that aired from 2009 -2014. 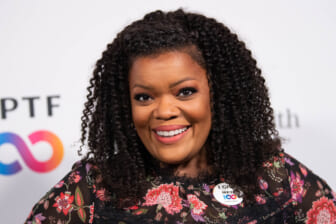 Brown shared in the episode, “I got diabetes, or gave myself diabetes, by eating a lot of donuts on the set of Community…I spent a lot of time at the craft services table, and I watched myself get bigger and bigger. And if you watch the show, you can see me get bigger and bigger. And I got a pre-diabetes diagnosis maybe in season one, and then by season three it was full-blown diabetes.”

While Brown shared her story, Wali explained to her that it’s not “people’s faults that they contract diabetes.”

Wali told Brown, “We live in a society right now where one of the most addictive substances in the world is completely legal and socially accepted. I do believe sugar is the tobacco of our generation…and so it’s not your fault that there were doughnuts lying around.”

She continued, “So when people say, type 2 diabetes is the one you give to yourself, I completely disagree. I think we’re living in a very toxic food society and it’s not our faults that we’re contracting diabetes.”

Brown continued to share that she was “excessively eating sugar” during her time on the show but admits she now believes in “moderation.”

She explained, “I believe everything in moderation. So I’m not someone that’s like, ‘I’m never going to have a piece of cake,’ but I don’t have a whole cake. And I don’t have a whole cake every day, or every week. And if I say, I want to go to Cheesecake Factory and I’m going to get this cheesecake, then I’ll make sure that I use the treadmill for an extra hour that day to try to burn off some of the sugar that’s now in my body, drink more water, and other simple things you can do.”

Per PEOPLE, later in the episode, Wali shed light on the high rates of diabetes among Black people, sharing, “The rates of diabetes in the African-American community are higher, and there are more complications. I have personally given the populations I’ve treated, I think being a black person in the United States dealing with just everyday life, plus the effects of racism, I think that actually impacts health outcomes.”

Check out the full episode here.