Marvin Gaye biopic to be produced by Dr. Dre and Jimmy Iovine

"Every film of mine...had some Marvin Gaye in it, and I’ve just always connected to him,” director Allen Hughes shared in an interview

Music executives Dr. Dre and Jimmy Iovine are partnering again. This time, the moguls are working together to produce a much-anticipated biopic about soul singer Marvin Gaye, titled “What’s Going On.”

Warner Bros. paid over $80 million to acquire the script for the biopic, which poet and playwright Marcus Gardley wrote, Deadline reports. Dr. Dre (born Andre Young) and Iovine will work alongside filmmaker Andrew Lazar to produce the biopic, and Allen Hughes—one-half of the Hughes brothers will direct. 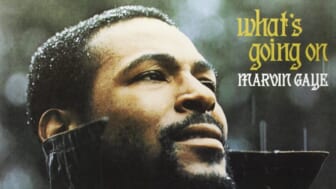 In 1993, Allen and brother Albert Hughes produced the film “Menace II Society”, which grossed over $30 million at the box office and has become a fixture in the canon of Black 90s’ cinema. With the Marvin Gaye biopic next on deck, Hughes describes the project as a full-circle moment.

“This is so personal for me,” Hughes told Deadline in an interview. “When I made my first film with my brother, we were fortunate to get “What’s Going On” into the trailer for “Menace 2 Society”, and it was a game-changer in elevating the marketing of that film. Every film of mine but the period film “From Hell” had some Marvin Gaye in it, and I’ve just always connected to him.”

According to the publication, the Marvin Gaye estate and Motown have approved the project and Gaye’s widow, actress Jan Gaye will serve as an executive producer.

The film is slated to debut sometime in 2023 and with this year being the 50th anniversary of Gaye’s influential “What’s Going On” album, many have a renewed interest in diving deeper into the singer’s upbringing, the discord between Gaye and his father, and his romantic relationships. All of these intimate details and more will reportedly be covered in the film.

“You’ve heard of all these big name directors that have tried for 35 years to consolidate these rights,” Hughes said. “This started with Dre, saying let’s do this together, and then Jimmy came on, and Andrew Lazar, and we worked with the estate, with Motown and some other things that needed to be tied down, and we got it done.”

This is one of many collaborations between Dre and Iovine whose friendship is explored in the HBO series “The Defiants Ones”, which Hughes also directed.

As theGrio previously reported earlier this month, Dr. Dre and Iovine have also announced their plan to develop a magnet school in Los Angeles that will provide entrepreneurial programs, high-tech equipment, and projects that involve private industry.