“Our parks and greenspaces are critical community spaces, and these renamings in honor of the Black experience are physical reminders of the contributions and legacies of Black New Yorkers across our city,” said Mayor Bill de Blasio.

In line with a new initiative of New York City’s Department of Parks and Recreation, 16 parks in the nation’s most populous metropolis have been renamed for Black luminaries who have made an indelible mark on American history.

Those whose names are now etched into the city’s infrastructure represent a range of contributions in culture and service, including abolitionists, artists, civil rights activists, elected officials, and LGBTQ+ community pioneers, the department announced on Wednesday.  Many of the individuals being honored are native New Yorkers or lived in the city at some point during their lifetimes, according to a department press release. 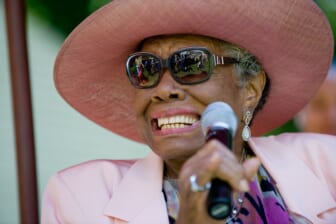 Also Read:
Maya Angelou to be one of first women featured on quarter

“Our parks and greenspaces are critical community spaces, and these renamings in honor of the Black experience are physical reminders of the contributions and legacies of Black New Yorkers across our city,” said New York City Mayor Bill de Blasio. “I thank NYC Parks for their commitment to maintaining and creating these beautiful green spaces for all New Yorkers to enjoy and for their tireless work on racial justice.”

One honoree is beloved journalist Gwen Ifill, who now has what was previously known as Railroad Park in Queens as her namesake. Ifill was born in Jamaica, Queens, and was the first Black woman to host a national public affairs program with PBS’ Washington Week. Her successor, Yamiche Alcindor who is the second Black woman to host the program, has cited her as a major source of inspiration.

“The Ifill family is truly grateful that the NYC Parks Department is recognizing our sister, cousin, aunt Gwen by renaming and refurbishing Railroad Park in her honor. In doing so, you celebrate the life and legacy of one of Queens’ most accomplished daughters,” said Bert Ifill, brother of Gwen Ifill.

Another honoree is the firebrand minister and civil rights activist, Malcolm X. Toward the end of his life, Malcolm X, wife Betty Shabazz, and their daughters settled into a home in Elmhurst, Queens and the activist was living there at the time of his assassination. The borough’s Corona Park Promenade is now the Malcolm X Promenade. 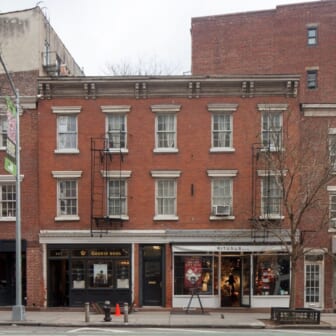 Parks around the city will also take on the names of Ralph Ellison, Lorraine Hansberry, Lena Horne, Gil Scott Heron, Audre Lorde, and Kwame Ture as well as local Black leaders like Rev. T. Wendell Foster, educator Sarah J. Tompkins Garnet, and others. A full list of the honorees and park locations can be found on the department website.

“These greenspaces and park facilities are critical resources in the communities they serve and we want to ensure that they bear names that inspire pride, encourage meaningful discourse, and represent the people it serves,” said NYC Parks Commissioner Mitchell J. Silver.