COVID-19 vaccination rates for police, fire and corrections employees in Los Angeles are significantly lower than the state’s average for other adults, raising concerns among medical ethicists and public safety leaders about whether unvaccinated first responders could become a threat to public health.

While about 72% of adult Californians and 64% of Los Angeles residents 16 and older have received at least one vaccine dose, only about 51% of LA firefighters and 52% of the city’s police officers are at least partially vaccinated, the Los Angeles Times reported Saturday.

Fewer than 30% of Los Angeles County Sheriff’s Department staff have received vaccine doses through employee clinics, and about 54% of state prisons employees are at least partially vaccinated.

The extent of the low vaccination rate is unclear because not all agencies keep track of who got their doses, whether through their workplace or elsewhere.

Law enforcement analysts and ethicists said public safety workers should be allowed to make independent decisions about their health. However, they said the reluctance to get vaccinated is a matter of public concern because they work in close spaces, such as jails and courthouses, and interact with some of the most vulnerable populations. 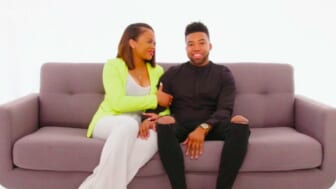 “As first responders, that’s a significant public health issue. It isn’t only a matter of their health, but others they come into contact with daily,” said Miami Police Chief Art Acevedo, who heads the influential Major Cities Chiefs Association. “This is becoming a big discussion among the chiefs and health leaders.”

Some agencies surveyed by the Times say they’re legally prohibited from asking employees whether they were vaccinated, citing medical privacy laws. Others say they’re trying to increase vaccination rates through outreach and incentives such as cash and prizes.

The effectiveness of those efforts is uncertain.

The Los Angeles Fire Department offered cash prizes to fire stations whose entire staff got vaccinated. As of last week, the Times reported, none of the city’s 106 fire stations had qualified.

City Councilman Paul Koretz, who leads a committee focused on personnel issues, said that if the rates don’t go up in the coming weeks, he may consider mandating vaccinations for police and fire employees.

“It’s possible we could not allow people to do overtime shifts if they’re not vaccinated,” he said.

Arthur Caplan, a medical ethicist at New York University, said mandates may become necessary but that the agencies are right to keep encouraging voluntary compliance.