“I don’t have any grudge against Jordyn,” Kardashian said. “I think people make mistakes, people live and they learn.”

Keeping Up with the Kardashians has officially ended its reign on the airwaves, but Sunday during part 2 of its reunion on E! Khloe Kardashian‘s tumultuous relationship with Tristan Thompson was a main focus of the discussion.

Sunday evening during Keeping Up With the Kardashians: The Final Curtain, reunion host Andy Cohen was given carte blanche to ask any question he wanted. Cohen seized the opportunity to grill the Good American co-founder about the cheating scandal between the father of her child and former family friend Jordyn Woods.

While reflecting on how she was able to regain trust in Thompson, with whom she shares 3-year-old daughter True, she didn’t hold back. 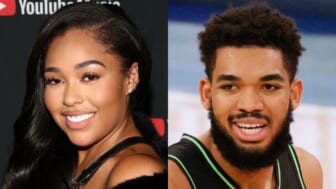 “I know the growth and all the work that he’s done, I know all of the help that he’s gotten and the constant efforts that he makes every single day and how hard he fought to get back with me currently,” she explained. “I mean, you can ask everyone, it really wasn’t an easy thing for him. I don’t understand why someone would go through all that if they weren’t serious.”

She revealed that she hasn’t spoken to Woods since their fallout as a result of Thompson kissing her at a party, but added, “I think she’s doing really well in her personal life.”

“I don’t have any grudge against Jordyn,” Kardashian clarified. “I think people make mistakes, people live and they learn.”

“I have to forgive these people for me, and it’s up to them to forgive themselves and be accountable and learn and hopefully don’t repeat these same cycles,” she continued, but when pushed claimed that Woods never formally apologized to her.

Kylie Jenner, who was best friends with Woods prior to the scandal, also made it clear that the incident was water under the bridge, but confessed she doubts a reunion was in their future.

The 36-year-old also confirmed that she still wants more children with Thompson and gave an update on the couple’s efforts to secure a surrogate.

“It’s a very tedious, hard process. And it was interesting because Kim went through the journey, and I swear it felt like she said, ‘I want to get pregnant,’ and two weeks later she found a surrogate,” she said, referencing her older sister Kim Kardashian, whose two youngest kids were born via surrogate.

“It’s a lot to do with COVID,” Kardashian added. “I did have one and then it fell through. There’s so many tests they have to do and all these things. So I’m still on that journey. It’s just, I thought it would be a much easier process. And it’s not. It’s challenging for me.”

However, those plans may be on hold. E reported on Monday that Kardashian and Thompson have once again ended their relationship. A source claimed that Kardashian “felt too betrayed by him.” The alleged breakup comes after Thompson was sighted at a party and acting like a single man.

“They had been working through the cheating rumors for the last couple of weeks, but Khloe told Tristan he lost all of her trust and the relationship could not be repaired,” the insider shared. “Khloe really tried, but ultimately, felt too betrayed by him. She’s done and says she will not go back.”