This past week, Caitlyn Jenner joined the chorus of conservatives opposing critical race theory, vowing to keep it from being taught in schools if she is elected as California’s next governor. 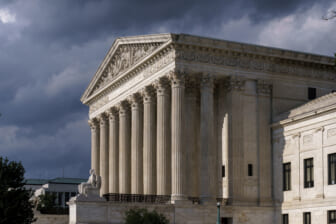 Wednesday, during an appearance on Harris Faulkner’s Fox News show, The Faulkner Focus, Jenner slammed those looking to expose students to what she believes are divisive teachings about America’s sordid history of systemic racism.

“I will do everything to fight critical race theory being taught to our children,” she said during the sit-down. “I’m running for governor because I’m standing up. I don’t like what’s happening in our state. It’s been horrible — the decline of our state. And I’m proud of those people down there. They’re standing up. They’re trying to make a difference. And I encourage that.” 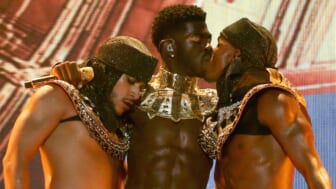 As Bruce Jenner, she was a gold-medal decathlete turned reality star, who made headlines years ago for coming out as transgender. Jenner opined that since the next generation is more open-minded and less racist, it seemed unnecessary to dredge up the past.

“We don’t need to set them back and trying to teach them racism. And so I am totally 100% against that.”

Jenner also made her views about the immigration crisis facing border states like California clear, noting, “I would close our California border. I would use state funds to close the border. We have to have control of our immigration system.”

The 71-year-old Republican did concede that she’d support amnesty for immigrants who were deemed as “good citizens” for contributing to the community.

When she made her candidacy for California governor official back in April after weeks of speculation, Jenner released a statement slamming what she called the “one-party rule” of the Golden State.

“I have been a compassionate disrupter throughout my life, from representing the United States and winning a gold medal at the Olympics to helping advance the movement for equality,” she said. “As Californians, we face a now-or-never opportunity to fundamentally fix our state before it’s too late.”

Jenner’s political stances have been widely panned by LGBTQ+ advocates in the past. Most recently, she caused an uproar by stating that allowing transgender girls in women’s sports would be ‘unfair’ to their competitors.

“That’s why I oppose biological boys who are trans competing in girls’ sports in school. It just isn’t fair. And we have to protect girls’ sports in our schools,” Jenner said during a brief interview with TMZ in a Malibu parking lot. 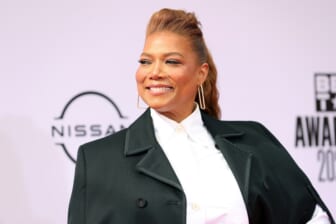 She previously supported Donald Trump in the 2016 presidential election but later criticized his administration for discriminatory actions against transgender people. Now that she is seeking to replace Gov. Gavin Newsom in a recall election, many are criticizing her for being just as problematic.

“It is as though she’s following a treasure map, the Donald Trump treasure map,” University of Southern California political scientist Sherry Bebitch Jeffe told Complex in a lengthy profile about Jenner’s life and political ambitions.

Another expert told Complex that the campaign “wasn’t real.”