The teen girl sued the actor in 2019 for sending her “numerous sexually explicit text messages, images and videos.”

Former Disney star Kyle Massey is back in the headlines for his alleged antics with an underage girl.

Massey, best known for his role as Cory Baxter on Disney’s That’s So Raven, is facing a felony charge of one count of immoral communication with a minor after sending an explicit video to a 13-year-old girl, TMZ reports.

According to court documents filed on June 14 in King County, Wash., the charge comes after the girl sued Massey in 2019 for sending her “numerous sexually explicit text messages, images and videos.” 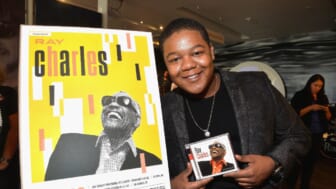 As previously reported by theGrio, the minor, who was not named due to her age, has known Massey since she was 4-years-old. The girl and her family met him back in 2009 at Universal City, where he exchanged numbers with her mother. They remained in contact with the Disney star because the family was interested in getting her into the entertainment business and had regarded Massey as a mentor and father figure.

The star is said to have developed a bond with the girl and her family.

The minor claims that Massey, 29, developed a friendly and seemingly harmless relationship with her mother, and even invited the child to fly out to Los Angeles. The alleged intention was to help her find an agent. He even offered the teen a chance to stay with him and his girlfriend at their home, according to PEOPLE.

The girl and her mom claim that following the invite in December, Massey began sending the girl “numerous sexually explicit text messages, images, and videos” including an image of Massey holding his penis with a corresponding text message that reads ‘LOL/Just me messing with u LOL.’”

The girl filed a report with the Sheriff’s Office. She and her family are suing for at least $1.5 million. In response, Massey claimed he was being extorted and denied all allegations. 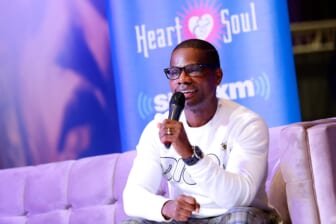 According to the legal documents, police obtained from the girl’s parents a thumb drive containing the explicit content Massey allegedly sent over Snapchat.

The actor reportedly failed to appear at his arraignment Monday in King County Criminal Court in Washington.

In the years since his Disney roles as Cory on That’s So Raven and the spinoff series Cory in the House, Massey has stayed busy with projects such as appearing on the 11th season of Dancing With the Stars and voicing the character of Jeremy on the animated show Rise of the Teenage Mutant Ninja Turtles. Most recently, he stars in the new series Millennials on AMC’s ALLBLK streaming network.