The couple tied the knot amid the COVID-19 pandemic

Don Cheadle and his longtime love have tied the knot after being in a committed relationship for 28 years.

The 56-year-old Hollywood veteran appeared on The Ellen DeGeneres Show Wednesday and revealed to guest host Wanda Sykes that he and Bridgid Coulter got married amid the COVID-19 pandemic, PEOPLE reports. 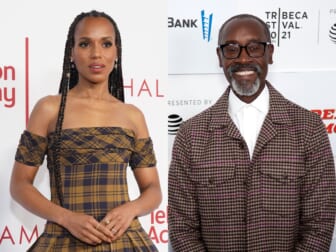 “You texted me at the top of the year, I guess, and you told me that you just got married,” Sykes said. “And I was like, ‘Oh damn, the pandemic got to Don and Bridgid.'”

“I was like, ‘What the hell happened, man?'” she joked, noting that her response to him wasn’t joyful. “I think I just text something back, like, ‘Hey, if you’re happy, I’m happy for you.’ … I was like, ‘Cheadle went Hollywood.'”

Sykes went on to explain that she wasn’t aware that Cheadle and Coulter weren’t already married.

“Yeah, I mean, that’s understandable given that we’ve been together 28 years before we got married,” Cheadle said. “I hold you blameless.”

Cheadle and Coulter have been together since 1992 and share two daughters, Ayana and Imani.

Elsewhere in his conversation with Sykes, the actor recalled the time he bombed as a standup comedian.

“When I was in high school, in Denver, Colorado, there was open mic night. Me and my friend were driving by, you know, knuckleheads in high school… we’re like, ‘I think we could do that.’

“So we literally went home and came up with some act really quick,” he explained.

“Like where we would dissect the humor of Nancy… the Nancy comic strip, how incredibly unfunny it is. We would dissect [it] and show why it was really, really funny.”

Cheadle continued, “We went there that night and we killed. And we were like, ‘Oh, this isn’t hard.’ So we did it again, came back the next weekend… killed it, crushed it. We weren’t even old enough to be in the club, we’re 17 years old.”

But things went left when the owner offered the duo a slot to perform in front of their parents.

“There’s nothing that compares to dying on stage,” Cheadle said. 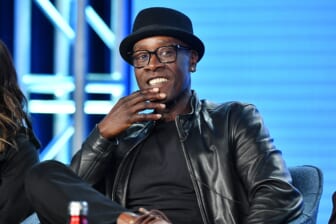 “We were talking about it [after ‘Ocean’s Thirteen’], and then Bernie [Mac] passed, and very quickly we were like, ‘No, we don’t want to do it,’” Cheadle said. “But I just did a movie with Steven and he said, ‘I think there may be a way to do it again. I’m thinking about it.’”

He added, “It didn’t go much further than that. But I don’t know; I don’t know who all would be in it. I imagine the main group of us would be in. It would be interesting to see.”

The film franchise began with the remake Ocean’s Eleven in 2001, followed by two sequels and the Ocean’s 8 spin-off.