“If the NAACP is standing at the podium with law enforcement, who is left to call out officer wrongdoing and officer excess?” a retired officer asked.

The Rock Hill, South Carolina branch of the NAACP has sparked criticism for joining police in a press briefing over the forceful arrests of two Black brothers that was captured on video and shared on social media. 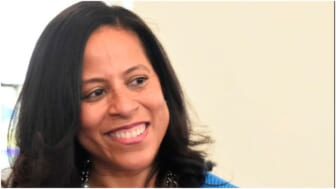 “Anyone in their reasonable, right mind, would find what they’ve seen disturbing,” Gray said of the police bodycam footage of the incident. She supports the department’s decision not to publicly release the video until the investigation is complete.

Gray also viewed surveillance footage obtained by an attorney for the brothers.

The arrest of the brothers led to three days of protests beginning last Wednesday. The unrest in the city was sparked after officers with the Rock Hill Police Department pulled over Ricky Price, 35, at a gas station on June 23 for making an illegal turn and changing lanes unlawfully, according to the report.

During a search of his car, police turned up two bags of marijuana and an illegal handgun. Price’s brother, Travis Price, 32, arrived on the scene and that’s when the situation escalated.

Police claim that when they removed Ricky’s handcuffs to allow him to pass his jewelry off to his brother, he assaulted the officers while attempting to flee. Travis is said to have used his body to “bump” officers.

A bystander captured the events that followed in a Facebook live video, in which several officers are seen wrestling the brothers to the ground. While he’s down, one officer punches Ricky several times in the leg and another punches him in the nose, causing it to bleed.

The department later claimed at a press conference that Travis was arrested for refusing to comply with orders to move away from the scene. When he didn’t obey commands to put his hands behind his back, it led to a scuffle.

Once video of the arrests went viral, it sparked three nights of protests in Rock Hill.

“The officers that are called to serve and protect are not the officers that were out on the scene yesterday,” Gray said during the June 24 news conference amid the demonstrations. “We are asking you to protect them. Black Lives Matter. All Lives Matter. These officers need to go home to their families unbruised, unharmed.”

“We understand people are mad,” Bamberg said Friday. “This is not just about what happened to Ricky and Travis, this is about a systemic issue. There are people in this country who, quite frankly, are tired of feeling that they’re the punching bag of law enforcement in America. That’s what this is about.”

Two officers involved with the arrests have been placed on leave. Watts said his department “recognizes the pain and frustration our community feels over this incident.”

Meanwhile, the local NAACP chapter is catching heat over Gray standing with the police chief during a press conference after the arrest of the Price brothers.

“Those press conferences represent more of the interest of the police, or city or state officials, than it does the people most aggrieved by police abuse,” said Yasser Payne, associate professor of sociology and Africana studies at the University of Delaware. “What we’ve seen is more assimilated, a compromise, that has lost any real integrity.”

Gray understands the optics can be triggering but notes that it is her duty to call for peaceful protests to police violence.

“When it comes to matters of calling for calm in our city, they needed a voice that was respected in the community,” she said. “My message is targeted to everyone because the mission and vision of the NAACP is the equity rights of all persons. … So, I felt very comfortable sandwiched between a white mayor and a white police chief.”

Thomas Nolan, a retired 27-year veteran of the Boston Police Department, said police are “co-opting the moral authority that the NAACP has in communities of color.”

“If the NAACP is standing at the podium with law enforcement and city officials, who is left to call out officer wrongdoing and officer excess?” said Nolan, an associate professor of sociology at Emmanuel College. 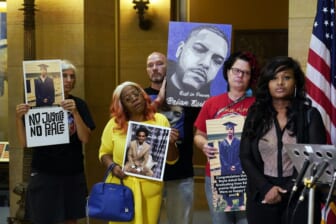 “The visual is unmistakable. If they’re standing there, and even if they are articulating the position that, ‘We will hold police accountable,’ were nonetheless standing side by side with them in offering and supporting a narrative of what occurred.”