F**k Fourth of July: The only independence day I recognize is Juneteenth

OPINION: Black people are critical to America moving closer to living up to its promise. But it’s still f**k Fourth of July for me.

F**k the Fourth of July. In a world where we officially recognize Juneteenth, that great new holiday sits on the calendar casting a long shadow over Independence Day, making it look like a hypocrite and a damn fool.

Independence for who? It wasn’t independence for Black people, for our ancestors, so why would we celebrate the Fourth of July? And it isn’t merely that Americans owned slaves at the time when America became independent, it’s that slavery was completely wrapped up in the movement to become independent.

Nikole Hannah Jones’s essay from the 1619 Project reminds us that the very reason why the colonies sought independence from Britain was because the European country was talking about abolishing slavery. Jones wrote, “We may never have revolted against Britain if some of the founders had not understood that slavery empowered them to do so; nor if they had not believed that independence was required in order to ensure that slavery would continue. It is not incidental that 10 of this nation’s first 12 presidents were enslavers, and some might argue that this nation was founded not as a democracy but as a slavocracy.” 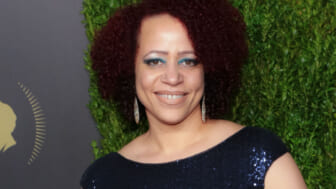 America wanted to protect its cash cow and, even more, it was wealth derived from slavery that allowed the colonies to afford to pay for the War of Independence. The founding of this country is intertwined with slavery. Why would we celebrate that?

In 1776, abolitionist Thomas Day wrote in a letter, “If there be an object truly ridiculous in nature, it is an American patriot, signing resolutions of independency with the one hand, and with the other brandishing a whip over his affrighted slaves.” But that ridiculousness is exactly what happened — slaveowner Thomas Jefferson’s first draft of the Declaration of Independence had a part where slavery was condemned — even as one of his 600 slaves stood by, ready to do whatever he said.

Jefferson’s section blamed slavery on Britain, suggesting King George had forced it on America. Congress ended up rejecting that section and created a Constitution that protected slavery without mentioning it. This reminds me of today, a time when white supremacy shapes American life so deeply that white people are fighting against the teaching of Critical Race Theory because nowadays, as it was back in the early days of America, this country is both engaged in racism and in working hard to pretend it’s not.

We were not free on that first Independence Day and the thought of that makes me wonder what our enslaved foremothers and forefathers must have thought as they watched people celebrate independence as they, kidnapped people who had been trafficked across the sea and were being tortured so others could grow wealthy? What did they think of this spectacle?

Frederick Douglass knew what they were thinking when he gave his famous speech “What To The Slave is the Fourth Of July?” in which he says it is:

“A day that reveals to him, more than all other days in the year, the gross injustice and cruelty to which he is the constant victim. To him, your celebration is a sham; your boasted liberty, an unholy license; your national greatness, swelling vanity; your sounds of rejoicing are empty and heartless; your denunciation of tyrants, brass fronted impudence; your shouts of liberty and equality, hollow mockery; your prayers and hymns, your sermons and thanksgivings, with all your religious parade and solemnity, are, to Him, mere bombast, fraud, deception, impiety, and hypocrisy — a thin veil to cover up crimes which would disgrace a nation of savages. There is not a nation on the earth guilty of practices more shocking and bloody than are the people of the United States, at this very hour.”

In a world where the murders of George Floyd and Breonna Taylor and Ahmaud Arbery and Eric Garner and more remain hyperpresent in the Black mind, we still see shocking and sometimes bloody things happening to Black bodies because of the people of America. So miss me with your Fourth of July celebration this year and every year. The only independence day I recognize is Juneteenth.