“We have definitely been cheated and targeted through this program," said one Brooklyn homeowner

Black homeowners in central Brooklyn are taking action against the city after losing their homes at an alarming rate as part of the controversial Third Party Transfer Program.

The city’s Third Party Transfer program allows for a qualified sponsor or building developer to scoop up vacant, “distressed,” or occupied properties that are in foreclosure. Critics have noted that it’s mostly Black and brown people affected by the seizures, BK Reader reports.

An estimated 700 New York City homeowners have had their properties taken under TPT. A class-action lawsuit is now brewing against the city, and it aims to bring justice to the victims.

“This program, which was supposed to be used to help preserve affordable housing, has been a subterfuge to remove properties from homeowners who had their properties, in some cases, for more than thirty years,” said Brooklyn Borough President Eric Adams, who seeks to curb the program.

Adams is now running for mayor. 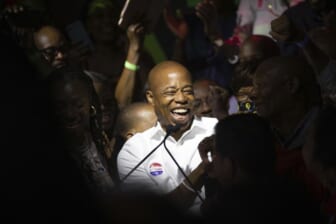 The lawsuit was originally filed in 2019 and alleges the city didn’t give homeowners any notice to save their properties, breaching the constitution. The homes taken from Black and brown people would collectively be worth more than $1 billion today, per the report.

The lawsuit recently scored a win when a 2nd Circuit Court of Appeals judge ruled June 23 that the case can proceed after a lower court dismissed the suit. According to the report, two developers are named as defendants: Neighborhood Restore Housing Development Fund Corporation and Bridge Street Development Corporation.

Retired machinist and ambulance driver McConnell Dorce is one of three plaintiffs named in the class-action lawsuit. In 2018, Dorce was stunned after he discovered the city seized the Brownsville building he owned for 38 years due to the $15,000 he owed in water and sewage taxes.

Despite making payment arrangements with the city, which he paid monthly for years, the outstanding bills opened the door for the city to strip him of the property under TPT. Opponents of the program have noted that it is a gateway to gentrification.

Dorce, a senior and a Haitian immigrant, once owned the 3,198 square-foot property outright, and it is estimated to now be worth close to a million dollars.

Cecelia Jones, a senior and another complainant in the class-action suit, owned shares in a property in Crown Heights which she lost under TPT. Another plaintiff, single mother Sherlivia Thomas-Murchison, was left homeless after her property in Bed-Stuy was seized.

“We have definitely been cheated and targeted through this program,” Thomas-Murchinson said.

“The TPT program has affected my family in many ways. My family and our neighbors who should have remained shareholders in the building have lost real, personal and future assets and value in the millions of dollars, not even measuring the value of having a home for the long term,” she continued.

“My now deceased mother worked for close to 25 years, to ensure that our family would have long-term residency in an already-existing affordable housing co-op. The City took that away with the stroke of a pen.” 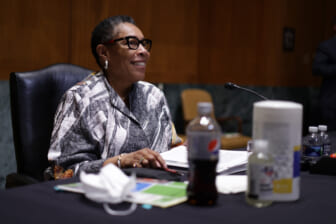 “He’s so involved with the building even after they took it from him that he’s renovated two bathrooms there since. He still views it as his job to take care of them,” Berman said.

While an appeals court judge ruled that the plaintiffs could pursue damages related to home equity, a return of the title is unlikely.

“So far there is no transparency at all how these developers are handpicked to get this bounty,” Berman said.

“It’s potentially a billion or multi-billion dollar situation,” he added, noting that those affected by the program each had a home worth between $1M and $1.5M, or more.

“Sorting it out is going to be quite difficult, too. If they took it in 1994, the person it was taken from is likely to be deceased, so then it’s working out who in the family it might belong to.”

NYC Law Department spokesman Nick Paolucci told BK Reader that the city “believes the case is meritless and should be dismissed.”