Nick Cannon confirms he’s been ‘having these kids on purpose’

Cannon answered the question many of his fans wondered but have too much home training to ask.

Television show host-producer Nick Cannon finally answered the question many of his fans and followers had been wondering but have too much home training to ask out loud.

“I’m having these kids on purpose,” he told the rap duo City Girls in an interview Wednesday on his radio show on Power 106. “I didn’t have no accident.”

JT, a member of the popular group, prompted the response after saying Cannon, the father of recent newborns with several women, should “hurry up and wrap it up.”

She replied, “Wrap it up as in wrap it up, and protect yourself.”

The TV veteran then said there have been “a lot of people that I could’ve gotten pregnant that I didn’t.” He implied creating his children has been by choice.

“I say YOLO,” added Yung Miami, the other member of the City Girls.

“There it is,” Cannon replied. “You only live once.” 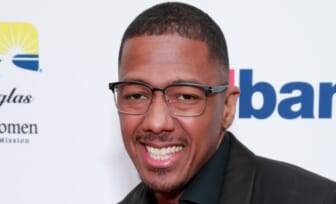 Cannon welcomed his seventh child last month, a son with model Alyssa Scott. As previously reported, on Father’s Day, Scott shared a photo on Instagram in which the two sat by the beach, with Cannon cradling her then-pregnant belly. On Sunday, she took to IG again to announce the arrival of her son with Cannon, Zen.

Cannon welcomed a set of twin boys on June 14 with disc jockey Abby De La Rosa, who also took to Instagram to announce the bundles of joy, writing: “Welcome to the world Zion Mixolydian Cannon & Zillion Heir Cannon” in the caption of a picture from the hospital. 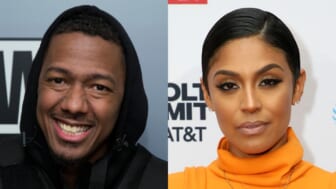 Cannon’s eldest children are a set of twins he had with his former wife, singer Mariah Carey. The two have a son, Moroccan, and a daughter, Monroe, who are now 10.