NJ man arrested for racist confrontation being investigated for past racist incidents: report

This week, Edward Cagney Mathews went viral for all the wrong reasons after being caught on video going on a six-minute racist tirade against his neighbors. Now it appears his newfound notoriety has motivated prosecutors in New Jersey to take a second look at similar allegations from his past.

According to reports, sources connected to the case allege that Mathews is currently being investigated by the Burlington County Prosecutor’s Office just days after last week’s headline-making run-in. The prior allegations against him include a 2016 confrontation with a Black woman named Jazmyn Jene.

Jene made claims that she and Mathews had a heated, racially charged exchange within the condo community where they both lived. She also says that she too caught the interaction on camera. 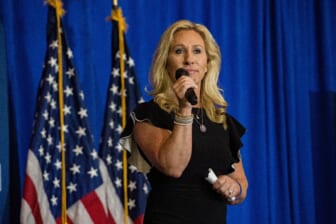 TMZ notes, “In the video, Mathews openly claims to have cops in his back pocket, and he’s giving Jazmyn 2 options: handle a dispute they were having cordially, or legally. He strongly suggests the legal route won’t work, because he’s so tight with cops … they wouldn’t do anything to him.”

Later in the video, when Jene accuses Mathews of using the n-word, he responds by clarifying that while he did use the racial epithet, it wasn’t weaponized in the way she’s suggesting.

Jene says that to her dismay when she reported the incident, nothing came of it. However, due to the national attention that Mathews is currently receiving, investigators reached out to her over the last week to apologize for not taking her claim more seriously when it occurred.

It’s also been reported that Jene’s video of her confrontation with Mathews has been shared with law enforcement, and will be included in the prosecutor’s expanded probe.

As theGrio previously reported, police in Mt. Laurel, New Jersey, arrested Mathews after his racially charged interaction with neighbors on Friday led to a community showdown on Monday.

“Learn your laws. This is not Africa or (inaudible) or wherever the f**k you were,” Mathews says to his neighbor, who is Black. The man replies in their July 2 encounter, “I was born in America, sir … and I don’t give a f**k about you.”

When police arrived, Mathews, 45, told them they had no jurisdiction at his home, saying, “Go talk to these f**king n***ers.” When the officer tells Mathews to stop, he responds, “F**k you, go talk to the n***ers, and let ’em know what I’m all about and what f**king rights they have.”

When asked by an officer to stop talking and go back into his home, Mathews refused, claiming that he was standing on “common property.”

On the video capturing his tirade, he gave his address several times before walking away, issuing the challenge: “Come f**king see me.”

On Monday, about 100 protesters showed up to do just that. 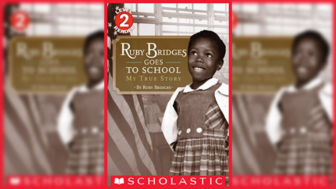 Jazmyn Suszynski and her mother, Aliya Robinson, were among those who came to Mathews’ home Monday to protest, claiming they had been victimized by his racist behavior in years past.

“I tried. We have tried to get justice, and if we got justice, this wouldn’t be happening now,” said Robinson.

A woman who said she was harassed by Mathews but did not want to be identified told 6ABC News he had vandalized her home before the July 2 viral encounter.

“Sad because it should not be that many times,” she said. “If the justice system had done their work like I previously said, he would not be here at this point. He should have been stopped years back.”

According to the report, the problems stemmed from issues between Mathews and the homeowners association board in the Essex Place condo complex where he lives. But Robinson said he has a history of harassing others.

“The guy is off his rocker, and they need to get him out,” she told Fox 29. “He cannot be racially harassing and assaulting people, spitting on people, busting down doors, breaking windows and writing ‘White lives matter’ on stuff.”