The year’s best athletes and moments were celebrated Saturday at the 2021 ESPYs, with Black women front and center.

The night also saw track star Sha’Carri Richardson make her first public appearance since being controversially banned from the Tokyo Olympics, and Scripps National Spelling Bee Champion Zaila Avant-garde was in attendance after becoming the first Black student to win the award. 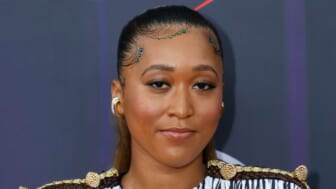 Also Read:
Osaka returns to spotlight on red carpet at The ESPYS

Osaka had taken a short break from the spotlight in recent months, withdrawing from the French Open in May and opting not to compete in Wimbledon, citing mental health reasons including anxiety and depression.

The four-time Grand Slam champion will return to action at the Tokyo Olympics this summer after what she said has been a difficult year for her and many others.

“I just really want to not say a long speech because I’m a bit nervous,” Osaka said as she accepted her award on Saturday. “This year has been a really, it hasn’t even finished, but it’s been really tough for a lot of us. For me, I just want to say I really love you guys.”

Also gearing up for this year’s Olympics is Biles, who was unable to be in attendance on Saturday to accept her award in person.

Moore attended the event with her husband Jonathan Irons, who she helped free from prison after a wrongful conviction placed him behind bars for 22 years.

She shouted him out during her acceptance speech for the Courage Award, named after tennis legend Arthur Ashe, which is given each year to a recipient whose actions best represent the spirit of the late tennis great, such as persevering through adversity or making contributions to their community that transcend sports altogether.

“Jonathan, I’m just so happy for you,” the former WNBA MVP said as Irons watched, blinking back tears. “Y’all, let’s just say hallelujah, first of all, that Jonathan is sitting here right now. I don’t ever want that to get old, just the miracle of your life and who you are.”

Banks and Belair made history in April when they faced off in a Wrestlemania title match, marking the first time such a match has been between two Black women.

“I’m just so blessed and so honored to be the woman in this position to portray this diversity and this representation,” Belair said on the duo’s behalf. “I always say that representation is not a request, it’s a requirement, and that’s what we did at Wrestlemania.”

In her first public appearance after testing positive for THC, Richardson walked the red carpet — with red hair to match — seemingly in good spirits as she mingled with fellow athletes and celebrities, including rapper DaBaby.

Anthony Mackie, who hosted this year’s awards, took Richardson’s side by arguing in her defense during his opening monologue.

“USA Track & Field, how you mess that up?” Mackie asked. “Weed is a de-enhancing drug. It doesn’t make you do anything besides watch another episode of Bob’s Burgers. I don’t get how you justify not letting her run.” 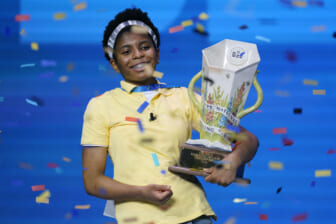 Avant-garde is not only a superstar spelling bee champ, but a phenom on the basketball court as well, holding three Guinness World Records for her dribbling skills. Mackie also shouted out the multitalented eighth-grader in his monologue.

“This kid can do anything,” Mackie said. “She can hit a stepback like Luka Doncic and then spell Luka Doncic right the first time.”