Voice actor-writer Eric Murphy is the oldest of Eddie's 10 children. Jasmin is the eldest daughter of the comic legend's "Life" co-star.

Fans are raving about the recent revelation that the son of comedy legend Eddie Murphy and daughter of funnyman-actor Martin Lawrence are dating.

Jasmin Lawrence, 25, shared a photo of herself and Eric Murphy in celebration of his 32nd birthday, writing Sunday on Instagram, “Happy birthday, my love! I’m so incredibly blessed to know you, to love you, and to have you by my side. Cheers to many more blessings, laughs, and beautiful memories! I love you so much.”

A quick scan of both the pair’s individual posts on the photo-sharing social media site reveals the depth of their relationship. He shared a photo of the two of them on June 24, writing, “Head over heels in LOVE with YOU,” and he added hashtags #myotherhalf #equallyyoked and #iloveyou. 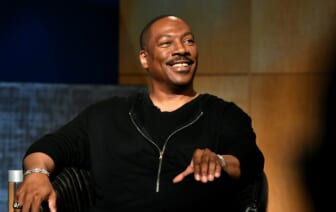 “It’s Eddie Murphy’s son and Martin Lawrence’s daughter dating for me,” one user wrote. “Their family gatherings gone be so LIT.”

Another added: “Martin Lawrence daughter & Eddie Murphy son are in a relationship that’s cute as hell.” 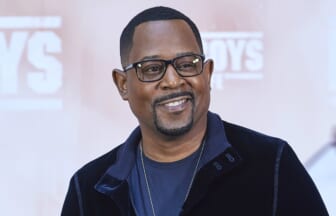 Eric, a voice actor and writer currently developing an animated series, is the oldest of Eddie Murphy’s 10 children. Jasmin is Martin Lawrence’s eldest daughter. He has two other daughters with his ex-wife, Shamicka Gibbs.

She made a brief cameo in her dad’s most recent film, 2020’s Bad Boys for Life.

A Twitter fan of the couple’s pairing shared that the surprise news underscores how Eric Murphy maintains a private persona separate from his famous father, writing: “Lol I went to high school with Eddie Murphy son Eric & no one ever knew he was His son until Eddie Murphy showed up to our graduation.”