"I behaved in a manner I am not proud of," Sherman said.

Richard Sherman says he is “deeply remorseful” for his actions that led to his Wednesday morning arrest.

“I behaved in a manner I am not proud of,” the free-agent cornerback said on Friday. “I have been dealing with some personal challenges over the last several months, but that is not an excuse for how I acted.” 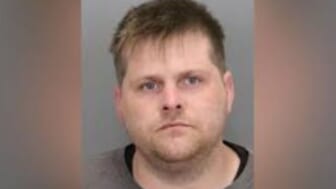 “The importance of mental and emotional health is extremely real and I vow to get the help I need. I appreciate all of the people who have reached out in support of me and my family, including our community here in Seattle,” he said in a statement shared on Twitter.

He added, “I am grateful to have such an amazing wife, family and support system to lean on during this time.”

As previously reported by theGRIO, Sherman, 33, was arrested on July 13 and booked into the King County Correctional Facility for burglary domestic violence and was denied bail. According to Pro Football Talk, “Typically, the notion of ‘burglary domestic violence’ refers to someone entering or refusing to leave a house or dwelling within the context of a domestic dispute.”

The Seattle Police Department released the audio of a 911 call from Sherman’s wife related to his arrest. Ashley Moss told authorities her husband was “being aggressive” and “wrestling” with her uncle, who was at the couple’s home. On the call, she said her husband had been drinking at the time of the incident and had intentions to harm himself.

“He’s threatening to kill himself,” Moss said of her spouse. “He has sent text messages to people saying he’s going to hang himself. And he’s saying that if police show up … please don’t shoot, is what I’m asking… He said that if the police show up, he’ll try to fight them.”

She and the 911 dispatcher had several heated exchanges during the call, including where an emotional Moss repeatedly said she needed police to come to her home “right away,” where Sherman had reportedly drank one bottle of vodka and one bottle of Hennessey. 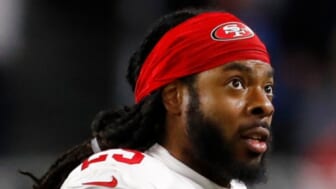 Video footage shows Sherman violently banging on his father-in-law’s front door in Redmond. The footage was acquired and shared by TMZ, but was originally posted by KIMA, a CBS affiliate.

Sherman was arrested outside the home of his wife’s parents after a struggle in which he sustained minor injuries to his leg and ankle — reportedly from Redmond Police K9 — an officer also sustained scrapes to his leg.

According to prosecutors, per TMZ, Sherman has been charged with five misdemeanors, including driving while under the influence, reckless endangerment, criminal trespass, resisting arrest, and malicious mischief.

While his bail was initially denied, Sherman was released without bail late on Thursday afternoon. According to TMZ, as part of the conditions of his release, he must stay away from his father-in-law and he can not possess any firearms.