Looking for new things to watch this weekend? Well, theGrio’s got you covered with a variety of projects ranging from a documentary series to comedy to action! Let’s get into it with your Weekly Watch.

Up first, we have Gunpowder Milkshake. This is an action thriller film starring Golden Globe-winning actress Angela Bassett, Guardian of the Galaxy’s Karen Gillan, Lena Headey from Game of Thrones, and more. After being abandoned by her mother (Headey) at just 12 years old, Sam, who is played by Gillan, was raised by her mother’s former bosses, a crime syndicate called The Firm.

Naturally, the organization trained her to be as elite as her mother, and she too grew up working for the Firm. After a job goes wrong, Sam seeks out her mother and her lethal associates, called The Librarians, to help Sam protect an 8-year-old girl from the group of criminals. This action-packed star-studded Netflix movie premiered on July 14. 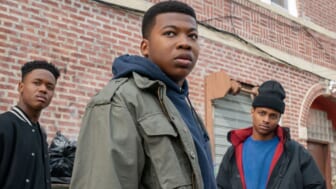 In the trailer for her upcoming self-named Netflix documentary, Naomi Osaka says, “No one really knows all the sacrifices that you make, just to be good.” But on July 16, fans will get a glimpse at what those sacrifices are from her perspective. The No. 2 ranked tennis player has had a few recent issues with the media, causing her to pull out of two Grand Slams. Now, she is taking her story into her own hands.

Osaka will be talking about the pressure she feels trying to uphold the image that’s been created since she became known as an outstanding player. The documentary is made up of three parts and will be directed by the Academy Award-winning director Garrett Bradley.

If you are looking for something a little more fun and kid-friendly, then Space Jam: A New Legacy is the way to go. This highly anticipated film is the sequel to the 1996 movie Space Jam, starring the iconic basketball player Michael Jordan.

In this year’s reimagined film the lead is legendary basketball star LeBron James, and he tries to save his son, Dom, who accidentally gets sucked into an animated realm.

After being sent to Tune World by the King, Al-G Rhythm (Don Cheadle), James is forced to play a game of basketball against the Goon Squad to get his son back. He forms a team with the Looney Tunes gang. NAACP award-winning director Malcolm D. Lee directs this film, which premieres in theatres on July 16. 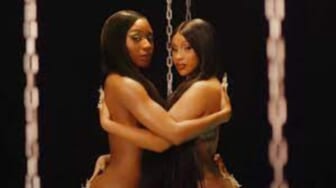 The White Lotus is a six-part HBO series about multiple guests that are staying at a resort in Hawaii. Every episode unfolds the experience of the various guests as they vacation at The White Lotus for a week. As told by the HBO website, “with each passing day, a darker complexity emerges in these picture-perfect travelers, the hotel’s cheerful employees, and the idyllic locale itself.”

The comedy series stars Percy Jackson & the Olympians’ Alexandra Daddario, Sydney Sweeny from Euphoria, Natasha Rothwell from Insecure, and more. It premiered on July 11 on HBO.

If you’re someone who may have difficulty following along with politics and learning about your rights there’s unique Netflix series that’s here to help. We the People is an animated series broken up into 10 episodes that will teach its audience the “basics of rights and citizenship,” but with a twist. Each episode is only about 5 minutes long and uses animation and popular musicians to educate their viewers.

Artists like H.E.R., Janelle Monae, Adam Lambert, Cordae are just a few of the names whose songs will be featured. America’s 44th President, Barack Obama, and his wife, Michelle Obama, executive produced the creative series, along with black-ish director Kenya Barris.