David Crowell, 29, was tased by police after allegedly helping a passenger board without paying fare

After video of a Black man being tased by a New York police officer in a subway train car went viral on the internet, local politicians and community leaders have scrutinized the NYPD and its ability to enforce subway laws without disproportionately targeting Black and brown passengers.

29-year-old David Crowell has been identified as the man tased by the NYPD after officers claim he helped another passenger pass through the gates without paying fare.

The episode occurred at around 6 p.m. on July 6 at a subway station near 116th Street and Lenox Avenue in Harlem, New York, according to the New York Times. Police acknowledged Crowell paid his own fare, but said he helped a passenger evade paying theirs, which led to a swarm of police entering the train to arrest the man and one officer eventually using a stun gun on him.

Bystander footage captured the moment Crowell was tased, showing him surrounded by officers attempting to restrain him while he appears to resist. After about 30 seconds of struggling, he appears to relax — that’s when an officer behind Crowell’s back pulls out a stun gun and tases him to the ground.

The video was posted by Black Lives Matter activist and New York City Council candidate Anthony Beckford, who condemned the way police handled the situation through a string of tweets. Beckford said the video was sent to him by a community member.

“I demand the immediate firing and arrest and charging of these officers,” Beckford said. “Look at the funds that are wasted here. These funds could go towards our schools, housing, jobs, youth programs, fixing the subway, ending food insecurities, etc.,” he continued. 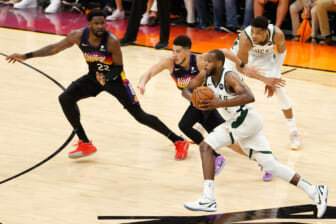 Beckford told CNN in an interview that the event was “a clear example of abuse of power and further validates the calls for Justice and Accountability.”

“Anything less, will be considered a slap in the face to Black and Brown New Yorkers who want to live their life without experiencing consistent police violence,” he added. “If we are going to combat violence, let us make sure that we combat police violence as well.”

NYPD News posted body camera footage of what allegedly led up to Crowell being tased, describing that he is seen in the video “cursing at officers, refusing to exit the train, & threatening them,” which prompted officers to use the stun gun after he allegedly continued resisting arrest. Police officers’ faces have been blurred in the video.

The 22-second video shows an already-aggravated Crowell arguing with an officer standing outside the open subway door, telling the officer multiple times that he paid his fare while the officer tells him they’re not leaving.

The exchange escalates and Crowell begins cursing at officers, saying “F*** the police. What do my back say?” before lifting his shirt to show what appears to be a tattoo. He is then heard in the video telling an officer “you bust that s*** I’m going to run you. I promise you.” 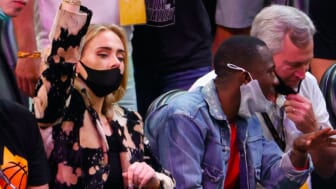 New York City Mayor Bill DeBlasio commented on the event, telling CNN: “We’re very clear on the training for our officers, the goal is to deescalate, and clearly here we did not end up with a deescalated situation. So, this needs to be looked at carefully to see what could be done differently going forward.”

Regarding Crowell, he added that from what he saw in the footage, “the individual involved was very aggressive in some ways, even threatening towards police and that’s just not acceptable, either.” Former New York City mayoral candidate Maya Wiley also critiqued the event, responding to Beckford’s tweet: “This is NOT public safety. It is a lot of police officers escalating an incident that, at most, would have been a summons. More police officers in the subway does not expand public safety for everyone.”