Akinnagbe filed criminal charges against Lola Adesioye after their Brooklyn civil cases against each other had already been settled.

A Brooklyn journalist is facing allegations of forcible touching, sexual abuse and harassment after The Wire star Gbenga Akinnagbe alleged she grabbed his buttocks on two separate occasions.

Lola Adesioye’s attorney maintains that the touching was part of a consensual relationship between the two.

Adesioye was arrested and charged on May 26 of this year following the encounters that occurred last spring. However, her attorney, Robert Gottlieb, told The New York Post he possessed three binders filled with what he deemed as flirty text messages between the two, as well as photos of them together. 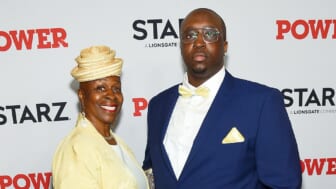 “In that first binder are hundreds of text messages back and forth from one another that make it very clear that you have two young people flirting with one another,” said Gottlieb. “They were talking about snuggling. … They talk about kissing.”

The binders, according to the lawyer, were organized in what Gottlieb called “three distinct eras.” One, he said, contains messages and exchanges between Adesioye and Akinnagbe prior to the first alleged instance of sexual abuse in May 2020. The second contains their dialogues between the two encounters, the second alleged the next month. The last binder has their exchanges since.

Adesioye, whose work has appeared in The Guardian and The New Statesman, also moved into an apartment owned by Akinnagbe amid the two incidents. She also worked for him — after what he would later characterize as sexual abuse.

“After this last incident were all the text messages which show a continuation of their relationship,” Gottlieb contended, “but now it’s clear she feels hurt and abused by this fellow because while all of this is going on, she moves from her apartment in Manhattan and moves into an apartment that he owns, and she is a neighbor of his now.” 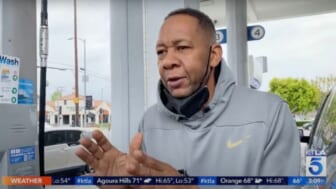 “They take trips upstate, and this is after he alleged that she committed the sexual crimes against him,” he continued. “She was working for him 24/7. She was on call every single second of every day — on weekends, writing press releases for him.”

According to Gottlieb, the case escalated when his client fell behind on her rent to the actor and also demanded that he pay her for work, a dispute leading to the two filing civil cases against each other. According to The Post, which broke the story using court filings, Akinnagbe filed criminal charges against Adesioye after their civil cases had already been settled.

On Monday, the Brooklyn trial in the criminal case was rescheduled to begin on August 10 after prosecutors maintained they were not yet fully prepared. Gottlieb said his client is seeking an outright dismissal of the charges, which he called “blatantly false.”

Akinnagbe is currently appearing this summer in a “Shakespeare in the Park” adaptation of The Merry Wives of Windsor and will star in season two of Modern Love on Amazon Video. The actor previously starred in HBO’s The Wire, where he played drug dealer Chris Partlow, and The Deuce, where he starred as pimp-turned-actor Larry Brown.