President Joe Biden has nominated eight leaders to serve as U.S. attorneys who are on the cusp of making history. Six of the candidates are Black and three are women. 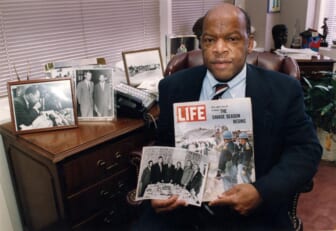 The nominees are all subject to confirmation by the Senate and would be a support system to U.S. Attorney General Merrick Garland.

In a statement, the White House declared that the nominees were “chosen for their devotion to enforcing the law, their professionalism, their experience and credentials in this field, their dedication to pursuing equal justice for all, and their commitment to the independence of the Department of Justice.”

The Biden administration also emphasized that the nominees would help to combat the uptick of gun violence over the past 18 months.

“Confirming U.S. Attorneys as the chief federal law enforcement officers in their district is important for these efforts,” the statement continued.

Senate Judiciary Chair Dick Durbin (D-Ill.) said he was “pleased” by the nominations put forth by the Biden administration.

“I look forward to timely consideration of these nominations in Committee,” Sen. Durbin said in a statement.

The nominees are poised to make history if they are approved by the Senate. Barron, Brown, Johnson, Myers, and Rollins would be the first African Americans to serve their respective districts.

The nominees were met with approval by Washington insiders.

“Trini Ross is the consummate Western New Yorker. As a product of local public schools – from Hutch Tech, to Fredonia, to UB Law – Trini Ross rose to become one of the most respected attorneys in Buffalo,” Senate Majority Leader Chuck Schumer said.

“I was proud to recommend her for this position, knowing that she will continue her commitment to the highest standards of legal professionalism as the newest United States attorney.”

Rollins is a favorite of progressives and ran on a platform of decriminalizing low-level crimes in 2018 as Suffolk County’s district attorney. She’s the first Black woman to hold this post.

Last year, Rollins called on for more police accountability in a tweet, declaring, “While we are being murdered at will by the police & their proxy, privileged racists like Amy Cooper play the victim. No more apologies. No more words. Demand action. Radical change now. Nothing less.”

“District Attorney Rollins is a great choice for U.S. Attorney, and we were proud to recommend her to the Biden administration,” the statement read.

Rollins “is a national leader on transforming the criminal justice system and shifting away from an approach based on punishment and penalization to one that combats the root causes of injustice, whether it be poverty, substance use, or racial disparity. She has prosecutorial experience, and is dedicated and committed to advancing equal justice for all, and we are certain that she will be a tremendous U.S. Attorney.” 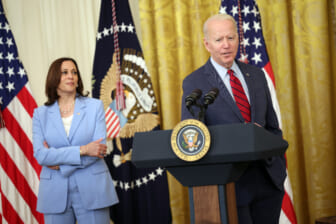 Prince George’s County Del. Barron is a defense attorney who has made a name for himself as a federal prosecutor in Baltimore. He has been a member of the House of Delegates since 2015. The Washington Post reported that Barron helped craft police reform legislation in the aftermath of George Floyd’s murder in the Maryland legislature.

Barron shared his gratitude for his selection on social media.

“The distinguished career public servants in the MD U.S. Attorney’s Office are models of professionalism and, if confirmed, I would be fortunate to join them,” he tweeted on Monday.