One of the strong environmental components that directly targets Black and Brown Americans is the Biden administration’s Justice40 Initiative.

According to Brenda Mallory, Chair of the Council on Environmental Quality at the White House, the program ensures 40% of the overall benefits from clean energy and climate change projects will be allocated to communities that have not historically been invested in.

Within President Biden’s $600 billion infrastructure proposal, is the effort to award government contracts to some minority companies that will do the work tied to climate projects.

Housing, which has been a top issue in Black communities, serves as a cornerstone of the infrastructure plan as well as Justice40.

According to HUD Secretary Marcia Fudge, the president has requested a 15% increase in the Department of Housing and Urban Development’s budget, which equates to about $9 billion. 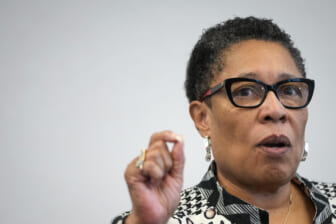 Also Read:
HUD Secretary Fudge says housing is crucial to infrastructure: ‘Foundation upon which we live’

“We are looking at not only just being able to get people vouchers to move into other areas, especially into areas of opportunity. So there’s about 200,000 vouchers. But just as importantly, the president is talking about building as many as two million new housing units, low income and affordable housing,” Secretary Fudge told theGrio.

There is also a push to eliminate the dangerous and outdated lead piping in the nation that became a hot button issue about six years ago with the lead pipe water crisis in Flint, Michigan. As theGrio previously reported, lead in water systems has been a major issue for populations in public housing and would again fall under the purview of HUD.

Another piece of the infrastructure equity plan is highlighted by Transportation Secretary Pete Buttigieg who called to mind that, “Black Americans are more likely to depend on public transit to get somewhere.”

Buttigieg is requesting that his department engages more in the study of the composition of communities as “people have to walk longer distances in low wealth neighborhoods and often in Black neighborhoods.”

Additionally, Black farmers are expected to gain a payout in the plan through guaranteed loan financing and grant funding from the Department of Agriculture for agricultural producers and rural small businesses who specialize in renewable energy systems or make energy efficiency improvements to their land.

But a recent procedural roadblock could delay the funding allocations. The Biden-Harris Infrastructure plan has failed its latest hurdle on Capitol Hill during Wednesday’s vote to move the nearly $1 trillion measure, however, it does not mean it is dead. President Biden signaled that sentiment on Wednesday night in Ohio during his town hall with CNN’s Don Lemon.

Senate Republicans say they want more time with the almost $600 billion proposal for the repair of roads, bridges and other investments.

On the Democratic side, there is also finger-pointing at progressives who are not on board with the bipartisan plan that would give the economy a needed boost by creating jobs for these hoped-for repair projects and the award of government contracts to some minority companies that will do the work. 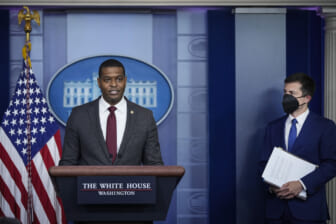 A House Democratic source told theGrio that progressives are also threatening to hold up the George Floyd Justice In Policing Act in a similar manner if it does not include qualified immunity in the bill.

When it comes to the infrastructure plan, it is viewed as a necessity by those on the bottom rungs of society. At the core of the ongoing negotiations on the Hill, direct relief seems to continue to rise as the focus for passing the legislation.

Congressional Black Caucus Chair Joyce Beatty exclusively told theGrio this week, “infrastructure means a lot to all, but especially to those of us who represent those who are the most disenfranchised.”