Palm Beach officials said Mitch, born Marcus Pettis, was being investigated for his possible involvement in a murder probe.

Aspiring Florida rapper Money Mitch died from a self-inflicted gunshot after a shootout with Palm Beach sheriff’s deputies attempting to arrest the 23-year-old on outstanding warrants.

“About 10 minutes to four, our tactical unit was surveilling a suspect for murder. They also have probable cause on him for drugs,” DeMario said. The Uber car the rapper rode in was pulled over, DeMario continued, and Pettis “jumped out of the car, and started shooting at us. I don’t know how many rounds were fired, six or seven, but he did it in several different locations.” 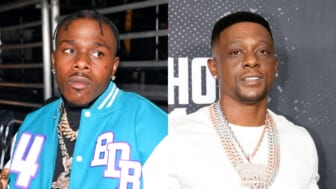 Two deputies returned fire as Pettis attempted to flee the scene. They are said to have missed him but continued their pursuit.

“We followed him to a building, and on the second floor, we noticed some blood droppings on the first floor. We thought he was wounded,” DeMario said at his press conference. “When we got up there, he had [died by] suicide.”

According to DeMario, the unidentified officers didn’t fire their weapons inside the building and “didn’t have any involvement in the shooting.”

“Two PBSO deputies involved in the shooting are currently on paid admin leave, which is standard department protocol,” PBSO tweeted. Florida Department of Law Enforcement will lead the probe, alongside PBSO Violent Crimes detectives and the State Attorney’s investigators. 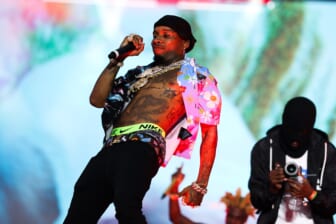 Money Mitch has almost 20,000 followers on Instagram, where he shared a link to his YouTube channel, which lists three of his songs, including “All the Way,” featuring Soldier Kidd. The hip-hop track has garnered almost 45,000 views.

According to Hot New Hip Hop, the aspiring artist was set to sign with Atlanta star rapper Lil Baby, who wrote on his Instagram Story, “Bra I’m sorry I couldn’t save you” and “Dam Mitch you was on me everyday.”

Messages to Money Mitch’s management have not been returned.