Ohio’s 11th Congressional District primary has become contentious in the final days before Tuesday’s vote as leading Democratic candidates Nina Turner and Shontel Brown exchange harsh criticisms of each other.

Turner, a former state senator, had a 41%-36% lead over Brown, chair of Cuyahoga County Council’s Democratic Party, according to the latest poll released by Mellman Group on July 19. The poll, which sampled 400 voters within the district, also found 18% of voters remained undecided and 5% were voting for one of the other 11 candidates on the ballot.

Turner’s campaign pushes for issues including universal health care and a minimum wage of $15-an-hour. Brown has declared herself as a devoted follower of President Joe Biden, who doesn’t want the White House to adopt an overly leftist agenda.

On Thursday, the already competitive election took a more serious turn. As big-name endorsers of each candidate were scheduled to arrive in Ohio, Turner released a 30-second advertisement saying Brown is under investigation for voting to give $17 million to a contracting company that her partner, Mark Perkins, is closely linked to. The advertisement called Brown’s ethics into question and suggested she could serve jail time if convicted of criminal charges. 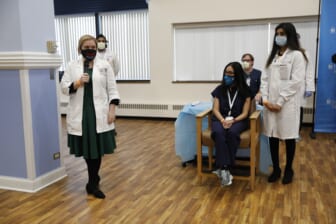 Brown, whose campaign manager later called the commercial “verifiably false,” has previously released advertisements arguing that Turner, who has worked presidential campaigns for Sen. Bernie Sanders, is overly critical of Biden and is too pessimistic about the Democratic party to be a successful Congressperson.

Despite their differing perspectives, Brown and Turner’s campaigns centralize some of the same local issues including gun violence and poverty reduction. They also share the position of being Black politicians within one of Ohio’s majority-Black districts. 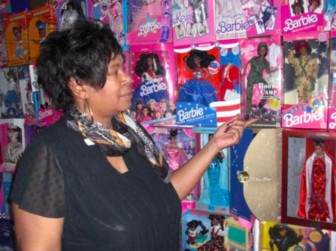 Local state leaders, including former state Democratic Party chairman David Pepper, have expressed disappointment about the negative back-and-forth into which the election has devolved.

“All of that has kind of gotten drowned out in a battle that’s become about a lot of things that have nothing to do with the city of Cleveland,” said Pepper, who has publicly endorsed Turner. “And that’s been pretty painful to watch.”

Cleveland City Council member Blaine Griffin, an endorser of Turner, said the city has “never seen a Democratic primary this heated, so it’s a little bit new to everybody.”

“What’s really surprising to me is how many national figures are willing to come into a safe district and actually create this much ruckus,” Griffin added, referencing the recent arrival of Turner endorsers including Sanders and Brown endorsers including South Carolina Congressman James Clyburn.

With the majority of city voters leaning Democratic — no Republican has won this position in 40 years — the winner of Tuesday’s primary is likely to go on to win the seat, where they will represent parts of Cleveland and Akron. The position was last held by current Housing and Urban Development Secretary for the Biden administration, Marcia Fudge.