This past week Charles Barkley minced no words when sharing what he thinks of anti-vaxxers in sports and in general. 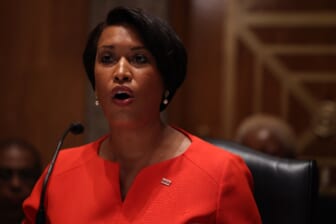 Last Monday in an interview with CNBC, the basketball Hall of Famer announced that he had received the COVID vaccine and strongly recommended that others do the same.

“Yes, I’m vaccinated,” said the NBA legend. “Everybody should be vaccinated. Period.”

But then he added, “The only people who are not vaccinated are just a–holes.”

He then went on to explain why he believes all professional sports leagues should require players to be vaccinated against COVID-19 before returning to the field.

“Can you imagine if one of these guys that are not vaccinated, if they get one of these players’ kids, wives, girlfriends, moms and dads sick and they die over some unnecessary conspiracy bulls—,” he argued. “I think that would be tragic.”

He also pointed out that sports is still a business that needs to be respected like any other more formal workplace when it comes to safety.

“There’s s— you can’t do at work and there’s s— that have to do at work,” he said. “So every workplace has rules and I think one of the rules [should be] that guys have to be vaccinated.”

Per the NFL’s official site, “NFL’s guidelines required vaccination for all Tier 1 staff, including coaches, front-office executives, equipment managers, and scouts. However, NFL players are not required to be vaccinated.

But players who are not vaccinated will face strict protocols and consequences like fines and game forfeit if they choose to decline the vaccine, ESPN reports. The NFL said it won’t extend the 2021 season due to Covid-19 outbreaks.”

While the leagues report that a large percentage of professional athletes have already received the vaccine on their own accord, officially speaking the NFL, NBA and MLB do not yet require their players to get vaccinated as a mandate.

According to reports, Buffalo Bills receiver Cole Beasley and Arizona Cardinals star DeAndre Hopkins are among the NFL players who have been transparent about their hesitancy to get vaccinated.

“I’ll get vaccinated and be an advocate for it if Pfizer puts a percentage of its earnings from the vaccine in my wife’s name,” Beasley tweeted to his followers on July 20.

In response to that challenge, billionaire Mark Cuban responded directly to Beasley’s tweet, offering to buy the athlete’s wife a share of Pfizer stock if he got vaccinated.

But Zachary Binney, a sports epidemiologist at Emory University in Atlanta, recently told the Los Angeles Times that athletes are no different than the American public when it comes to their complicated beliefs and fears about the vaccine. 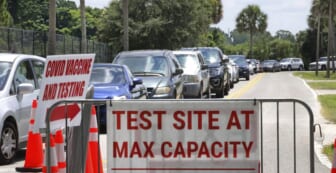