"We have to keep cutting through the Republican fog," President Joe Biden told a virtual DNC fundraiser.

During a virtual Democratic National Committee event on Monday, President Joe Biden urged his fellow Democrats to try and keep the party “unified as possible,” as 2022 midterm elections are coming up.

“We won in 2020 as a unified party, and as we look to 2022, we need to stay unified,” Biden told attendees during the online fundraiser. “The question the American people are going to be asking is whether we’re helping them and their families and do we understand what they’re going through, do we understand their problems, can we deliver for them.”

Tickets for the event cost between $36,500 and $100,000, and it was held in order to raise money for midterm election campaigning. President Biden delivered his speech from the executive residence, and Monday’s meetup was the second such fundraiser at which he’s offered some insight and inspiration.

“The Republican Party today offers nothing but fear and lies and broken promises,” said the president. “We have to keep cutting through the Republican fog that the government isn’t the problem and show that we the people, we the people, are always the solution.”

Biden said Democrats have been doing what they said they would, including passing the almost $2 trillion coronavirus aid package, but contended the party must continue to push in order to come out on top in 2022.

The vice president for the still-revered Barack Obama also framed himself as a great compromiser. He referenced his $1.2 trillion infrastructure bill, which is reportedly a bipartisan effort, an effort that will be a “major accomplishment” if it passes, according to The Hill. 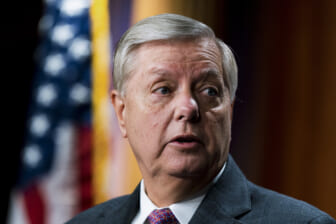 “I had to make some compromises, but it’s going to make a gigantic difference,” said Biden. “For example, it’s going to transform the economy. It’s over a trillion dollars. It’s going to eliminate all lead pipes in America so people have decent drinking water.”

As theGrio previously reported, the Infrastructure Investment and Jobs Act clocked in at some 2,700 pages, and senators may begin amending it soon. Despite the hurry-up-and-wait during a rare weekend session, emotions bubbled over once the bill was produced Sunday night. The final product was not intended to stray from the broad outline senators had negotiated for weeks with the White House. 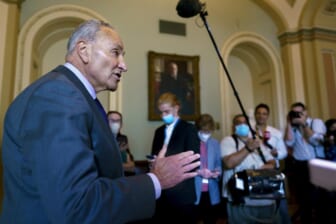 “We haven’t done a large, bipartisan bill of this nature in a long time,” said Senate Majority Leader Chuck Schumer of New York. He said a final vote could be held “in a matter of days.”

A key part of Biden’s agenda, the bipartisan bill is the first phase of the president’s infrastructure plan. It calls for $550 billion in new spending over five years above projected federal levels, what could be one of the more substantial expenditures on the nation’s roads, bridges, waterworks, broadband and electric grid in years.