Beyoncé shared an official drop video to her Instagram, which already has over a million views in less than 24 hours

Ivy Park is back with its latest drop. Beyoncé pays homage to Black cowboys in her new Ivy Park x Adidas collection, which she highlighted on her social media accounts Friday morning. 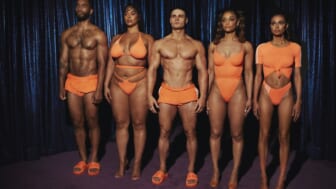 Ivy Park, Beyoncé’s athleisure clothing line, was founded five years ago, and is stronger than ever. Every “drop” sells out in mere minutes, with fans clamoring for the latest from Queen Bey’s collection.

While this winter the singer debuted “Icy Park”, a snow/winter wear-themed collection, Beyoncé shared her latest drop for her fans on Friday morning, one that’s perfect for the remaining summer months.

In the latest Ivy Park drop, Beyoncé is taking it back to her southern roots. The new collection, entitled Ivy Park Rodeo, is inspired by and pays homage to Black cowboys.

The video showcases Beyoncé and her models dancing in Ivy Park Rodeo gear, from denim chaps, cow print sports bra and leggings and more. At one point in the video, the singer even uses her long ponytail as a lasso, fitting perfectly with the theme.

“The collection  celebrates the oft-hidden history of Black pioneers within cowboy and cowgirl culture and their continued influence and impact on the American Rodeo,” an official description of the collection reads.

Fans immediately took to Twitter to share their excitement over the new drop, with Ivy Park trending on Friday morning. One user tweeted a picture of Titus Burgess as his character from Unbreakable Kimmy Schmidt dressed in overalls, writing, “Me wearing the new Ivy Park Rodeo collection.”

Other fans, while excited about the drop, couldn’t help but think ahead towards whatever music Queen Bey is currently cooking up. One user wrote, “the fact that these are just visuals for ivy park…. IMAGINE HER NEXT ERA.. THE TOURS. THE MUSIC VIDEOS.”

A few days before the drop, the Ivy Park website featured Emmy-winning actor Glynn Turman (How To Get Away with Murder, The Wire), diving into his longtime fascination with horses and the legacy of the Black rodeo. The website features a passage written by Turman’s granddaughter, Melinda Siegel, in which she speaks to what her grandfather passed on to her.

The passage reads, “As early as a baby, and on-ward, I attended the all-Black Bill Pickett Rodeo in Los Angeles. I watched Black cowboys and Black cowgirls compete from all over the nation, including Black cowboys/girls from Compton…with horses has taught me humility, respect and the ability to be vulnerable. You learn quickly that too much ego and pride will land you in the dirt! I am blessed to represent a secret part of American history by being a modern-day Black cowgirl.”