The Saweetie meal is here! The rap star sat down with theGrio to talk about her partnership with McDonald’s, and even spilled some tea on her upcoming album.

No one is having a year like Saweetie. With chart-topping collaborations with rappers like Doja Cat and groups like Little Mix, the “Best Friend” rapper is one of the most promising acts in hip-hop right now. 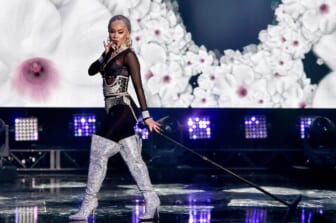 Also Read:
Saweetie reveals how she felt after getting ‘heart broke’ by Quavo

While fans are awaiting the rapper’s debut album, she’s also been doing some fun collaborations, the most exciting of which with McDonald’s. While catching up with theGrio, the rapper revealed she had just come home from a trip overseas.

“I actually just came back from Paris. I went out there to finish my album, so I’m super inspired and I’m so happy to experience a city that’s full of creativity, like the architecture of fashion,” she shared.

“I think that this album is just an opportunity for people to just know me more as an artist, and as a woman and as a human being. I’m really excited to share those moments with the world.”

Until then, fans can connect with Saweetie through her exciting McDonald’s collab.

The new meal includes a Big Mac®, four-piece Chicken McNuggets®, medium World Famous Fries®, a  medium Sprite®, Tangy BBQ Sauce and “Saweetie ‘N Sour” sauce, but of course, fans can “remix” the meal in whatever way they like, similar to Saweetie’s Live videos in which she shares her “concoctions.” 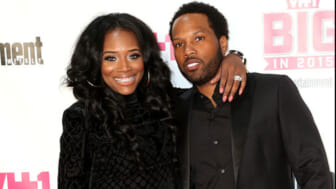 Those fan videos are exactly what she thinks brought her to McDonald’s attention.

While her go-to order used to be a simple Big Mac, now, as of Aug. 9, it’s the Saweetie Meal, of course.

“The fries and the nuggets out there just to be there, they are there to be put on the Big Mac and to stack it and to taste it and to love it.”