Brittni Mealy took to Instagram on Tuesday after reading texts from Future to their son, who's 8.

Future‘s drama is being put on blast. Recent posts on social media show the rapper beefing with the mother of one his children after she accused him of calling her a nasty name to their son.

From his past relationships to Ciara and Lori Harvey, Future’s business has had a habit of being out there. Per social media posts obtained by The Shade Room, he is currently having major disagreements with former love Brittni Mealy, so much so that his own mother has stepped in to defend him. 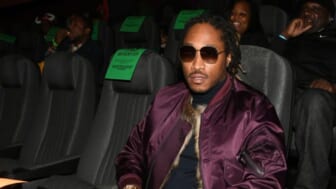 On Tuesday, Mealy took to her Instagram Stories to blast him, sharing screenshots of a text message thread seemingly between Future and their child, in which he refers to Mealy as “a h*e.” She wrote underneath the screenshot, “He texts this to a child! You a real coward he 8 years old stupid.”

Future clearly caught wind of the post, heading directly to The Shade Room‘s Instagram and simply leaving a cap emoji, which did not go over well with Mealy.

She took to her Instagram Stories again, this time speaking directly to Future, writing, “Definitely not cap! TF I got to lie for you said it definitely your # and his so stand on it and pipe down if you don’t want these recordings posted! On gawd you said it they need to cancel you. Cruelty to children! Haven’t seen him in 3 months but in the same state I can keep going! Got a refund on his school clothes today! Petty ’cause someone don’t wanna be sexually active with you and just want to co-parent!!”

“I have been sooooo nice and calm I’m tired now!!!” Mealy wrote, “But I’m chill! I do not play about my kids! I’m a mother first and always go stand up for mine.”

Enter Future’s mother, Stephanie Jester, who then defended her son on Instagram, writing on a story, “It’s sad when ppl can’t get their way so they turn to social media for attention. No matter how much you give a person it’s never enough. We have to really pray for self-love because ppl take it out on everyone else. #MentalHealthIsReal #Empowher #Transformation101 #SelfLove #SelfCare.”

Mealy then hit right back at Jester, writing, “Lady be quiet you barely raised him take several [seat emoji].” 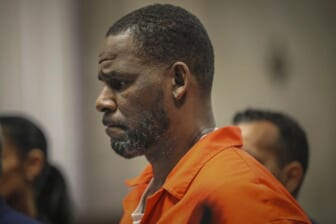 “Aren’t you the person behind closed doors said he was wrong to your grandson and you going to talk to his dad and pick his stuff up tomorrow… but publicly take his side,” she maintained. “You part of the problem. This man a product of your household. Apple don’t fall from the tree.”

As for Future, he seems to be a man of few words. After the back and forth between Mealy and his mother, he took to Twitter with a brief message: “Pray for Her.”