Chandra Wilson and MJ Rodriguez are among the celebrities helping to raise money for cancer research.

Stevie Wonder and Common will perform together for the seventh Stand Up to Cancer telethon, with Anthony Anderson, Sofia Vergara and husband-and-wife Ken Jeong and Tran Ho as hosts. 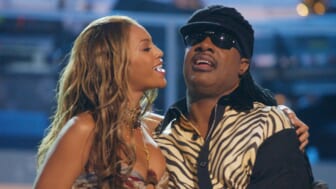 Also Read:
Stevie Wonder, Beyonce to be inducted into Black Music and Entertainment Walk of Fame

The event, which is held every other year, will be carried simultaneously and commercial-free on 60-plus U.S. and Canadian broadcast, cable and streaming outlets, including the ABC, CBS, Fox and NBC networks. Families who have been affected by the disease, including that of an 11-year-old boy with lymphoma, will share their stories.

As prelude to the TV special, the group is holding a week-long fundraising initiative starting Friday, with celebrities and social media stars “joining forces across social platforms” for the cause, Stand Up to Cancer said. 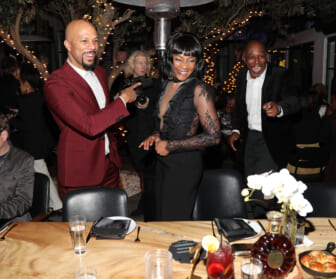 Since its founding in 2008, Stand Up to Cancer said it has raised more than $600 million for research that has contributed to federal approvals for nine new cancer therapies and 258 clinical trials. In 2017, the organization began developing a health-equity initiative to help underserved communities by increasing the diversity of enrollment in cancer clinical trials and fund research that addresses cancer inequities.

Also known as SU2C, the organization is a division of the charitable Entertainment Industry Foundation. Katie Couric, among its founders, is set to appear on the special.