Britney Spears’ dad will exit conservatorship, but not yet

James Spears filed documents saying that while there are no grounds for his removal, he will step down after lingering issues are resolved

Britney Spears’ father said in a court filing Thursday that he is planning to step down from the conservatorship that has controlled her life and money for 13 years, but his departure is not imminent.

James Spears filed legal documents saying that while there are no grounds for his removal, he will step down after several lingering issues are resolved. The document gives no timetable for his resignation from his role helping oversee his daughter’s finances.

“Mr. Spears continues to serve dutifully, and he should not be suspended or removed, and certainly not based on false allegations,” the filing said. “Mr. Spears is willing to step down when the time is right, but the transition needs to be orderly and include a resolution of matters pending before the Court.”

Those matters include the next judicial review of the pop singer’s finances, which has been delayed by months of public and legal wrangling over James’ Spears role and the legitimacy of the conservatorship by Britney Spears and, in recent weeks, her new attorney. 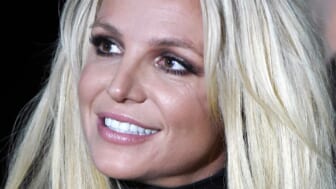 The documents say that James Spears has been “the unremitting target of unjustified attacks” but “he does not believe that a public battle with his daughter over his continuing service as her conservator would be in her best interests.”

The filing says James Spears will fight the petition to force him out, but will work with the court and Britney Spears’ attorney Matthew Rosengart on the next phases.

“We are pleased that Mr. Spears and his lawyer have today conceded in a filing that he must be removed,” Rosengart said in a statement. “It is vindication for Britney.”

Spears said he was working on a plan to give up his role from before his daughter hired Rosengart last month.

For most of the existence of the conservatorship, which was established in 2008, James Spears oversaw his daughter’s personal affairs and money. In 2019, he stepped down as the so-called conservator of her person, and maintained control of her finances.

He was nevertheless the target of much of his daughter’s ire in a pair of speeches before the court in June and July, in which she called the conservatorship “abusive.” Spears in her June remarks said she had been required to use an intrauterine device for birth control, take medications against her will and prevented from getting married, having another child or even riding in her boyfriend’s car unsupervised.

“This conservatorship is doing me way more harm than good,” the 39-year-old Spears said at the time. “I deserve to have a life.”

James Spears, 69, was fighting to remain in control in court filings as recently as last week. He said the allegations in his daughter’s testimony are “untested,” need investigation, and involve issues that have long been out of his control.

He suggested that Jodi Montgomery, who took over for him as conservator of Britney Spears’ personal affairs, deserved scrutiny if her allegations were accurate.

Rosengart said that while he welcomed the new move, he will not take the pressure of James Spears, who should not wait to step down.

“We look forward to continuing our vigorous investigation into the conduct of Mr. Spears, and others, over the past 13 years, while he reaped millions of dollars from his daughter’s estate, and I look forward to taking Mr. Spears’s sworn deposition in the near future,” Rosengart’s statement said. “In the interim, rather than making false accusations and taking cheap shots at his own daughter, Mr. Spears should remain silent and step aside immediately.”

Even after James Spears’ departure, the court will maintain the same control over Britney Spears that is has since the conservatorship was put in place in 2008. But he has been a lightning rod for the ire of fans in the #FreeBritney movement, whose voice have become increasingly prominent as they have been embraced by Britney Spears and Rosengart. 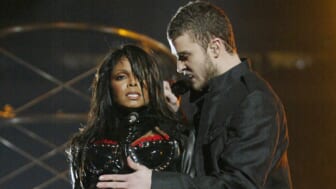 And Rosengart has marked James Spears’ departure as a necessary first step before ending the arrangement entirely.

The new filing adamantly defends the work of James Spears and the conservatorship, and pushes back especially against allegations made by Britney Spears’ mother Lynne Spears in a recent declaration.

“When this Conservatorship was initiated 13 years ago, Britney Jean Spears was in crisis, desperately in need of help. Not only was she suffering mentally and emotionally, she was also being manipulated by predators and in financial distress,” the documents say. “Mr. Spears came to his daughter’s rescue to protect her, and this Court made the determination that the protection provided by a conservatorship was necessary and in Ms. Spears’ best interests.”

The documents say that Lynne Spears was wrong in criticizing the hiring of a psychiatrist that she said James Spears chose for their daughter, and in saying that medications he prescribed were inappropriate.

It also criticizes Lynne Spears assuming a role at all, saying she is someone Britney Spears “has avoided speaking with for most of her adult life.”