The principal of an Atlanta elementary school is coming under fire after being accused of segregating students in classes based on their race.

A Black mother, Kila Posey, has filed a federal discrimination complaint against Mary Lin Elementary School after alleging that the principal Sharyn Briscoe, who is also Black, segregated classes by race thinking that it would be in the best interest of the students. Posey alleges that Black and white students were taught in separate classrooms.

Posey says that Principal Briscoe made it so that the Black students had access to only two of the classrooms, while the white students had their choices of six separate classrooms.

A complaint was filed with the U.S. Department of Education’s Office for Civil Rights in late July, citing that the Black second-graders were assigned to two classes only. Both Posey and her husband Jason Posey believe that the school’s practices violate Title VI of the Civil Rights Act of 1964 which bans discrimination based on race, color, and national origin. 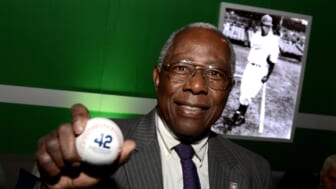 The revelation came about after Posey and her husband, who were concerned about their daughter’s placement in a particular class, asked the principal to place their daughter in a classroom where they thought would be a better fit for her. The couple has two children that attend Mary Lin Elementary school.

“She said that’s not one of the Black classes, and I immediately said, ‘What does that mean?’ I was confused. I asked for more clarification. I was like, ‘We have those in the school?’ And she proceeded to say, ‘Yes. I have decided that I’m going to place all of the Black students in two classes,’” Posey said to Atlanta’s WSB-TV.

“They are retaliating against me,” Posey said.

Posey, 43, says that she secretly recorded two conversations, one with the assistant principal, where she was allegedly given the response in an August 2020 recording: “I just wish we had more Black kids, and then some of them are in a class because of the services that they need.” The second conversation recorded was with the school’s Chief Academic Officer who Posey says confirmed that Principal Briscoe admitted to these segregated practices and that the district does not condone this.

Posey tells theGrio that her husband is also being retaliated against. Jason, who is a veteran school psychologist for over 23 years, has been working for the Atlanta Public School systems for the past ten years and has been assigned to Mary Lin for the past eight years. The couple claims that after raising their complaint to the school, Principal Briscoe requested for Mr. Posey to no longer provide services to the elementary school. 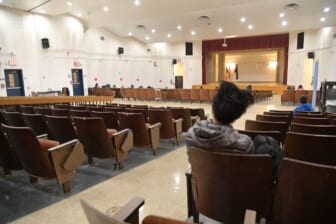 It is now her belief that Briscoe has allegedly rallied parents in efforts to have her removed from the PTA board, one she has been on for four years. Posey says that none of these tactics will prevail in keeping her from protecting her child’s rights.

“I’m a parent first and foremost,” said Posey. “I get to voice my concern when advocating for my child. Just because you don’t want to hear it doesn’t make it right. It’s illegal.”

When asked whether she is concerned about keeping her children enrolled in the same school to which she has filed a complaint, Posey answered she was not.

“I’m not taking them out of school just because the administrative staff made a bad decision,” Posey said.

In response to the Poseys’ federal complaint, Atlanta Public Schools released a statement to WSB-TV:

“Atlanta public schools does not condone the assigning of students to classrooms based on race. The district conducted a review of the allegations. Appropriate actions were taken to address the issue and the matter was closed.”