Dorothy Oliver succeeds in getting 94% of Alabama town vaccinated

An Alabama woman is being commended for her efforts that led to getting 94% of the people in her town vaccinated.

Dorothy Oliver has dedicated her time to organizing a pop-up clinic in the small town of Panola, Alabama which currently has approximately 400 residents. Her journey was followed in a documentary by Rachel DeCruz and Jeremy S. Levine for The New Yorker called The Panola Project. 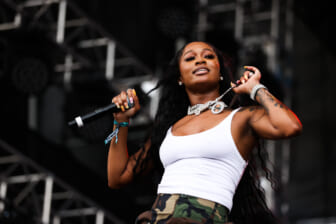 The documentary follows Oliver as she makes various attempts to ensure that her town is fully vaccinated. She made phone calls to members of the community as well as going door-to-door in hopes of personally convincing residents to get vaccinated and answering any questions they might have.

The U.S. is in the midst of a COVID-19 resurgence rapidly sweeping through the country. With many small towns like Panola not having an official testing site, Oliver felt as though she had to do something.

“I just felt like I had to do it because the government, nobody does enough in this area,” she said, noting that the closest vaccination center to her town is 40 miles away. “This area here is majority Black. Kind of puts you on the back burner. That’s just it. I mean, you don’t have to put nothing else with that. That’s just it. I don’t have to elaborate on that one.”

Oliver, along with county commissioner Drucilla Russ-Jackson, asked the nearest hospital to set up a pop-up site in their town. The hospital agreed, but only if 40 people signed up to be vaccinated first.

According to The New Yorker, Oliver says that when she does her in-person visits to residents of the community that she simply just asks nicely for the residents to sign up for the vaccine.

In the documentary, Oliver, who owns a general store in town, drives to the residence of a young man named LaDenzel Colvin in an effort to persuade him to get vaccinated. Colvin is asked if he has gotten his shot.

“I just really haven’t made my mind up to take it for real,” Colvin said.

Colvin, who says that he had COVID-19 at one point, has concerns due to stories of people having adverse reactions and side effects.

“I have heard of people saying that they get sick,” Colvin told Oliver.

By the end of the conversation, Oliver had effectively managed to convince Colvin to sign up for his vaccine. Once at the pop-up site, Colvin was allowed to remain in his car, roll his window down and roll up his sleeve. The shot administrator administered his vaccine in a matter of seconds. He was told to take Tylenol if there was any pain or discomfort afterward.

“I’m not afraid of a shot,” Colvin told Oliver with a smile.

Just by having one-on-one informative dialogue with the residents in the community and by using her charm, Oliver has managed to get almost everyone in her town vaccinated.

Watch the documentary below: