Naomi Osaka on emotional press conference: ‘I was wondering why was I was so affected’

The tennis champ also opened up about how the state of the world adds to everyday stress, especially during the ongoing COVID-19 pandemic

After Naomi Osaka‘s viral press conference at the Western & Southern Open earlier this week, where she cried and left briefly after being asked about her relationship with the media, the tennis champ opened up about her experience on Wednesday. 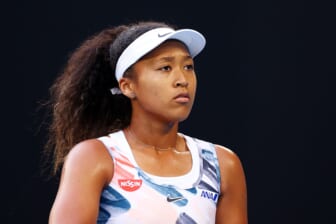 Osaka has been transparent about her mental health struggles, as theGrio has reported. After taking a break from major tennis events and media sessions due to mental health issues, her journey shined a light on the immense pressure high-profile athletes face on a daily basis, a theme that only continued with Simone Biles‘ withdrawal from the team competition during the 2021 Olympics.

Earlier this week, Osaka had a particularly emotional reaction during a press conference in Cincinnati and was seen wiping away tears before taking a short break.

Osaka has now shared what she thinks led to those emotions coming out, per a report from ABC News.

During a press conference at the Western & Southern Open she said, “Honestly, I was thinking about this since the last time I sat here. I was wondering why I was so affected, I guess. Like what made me not want to do media in the first place. And then I was thinking, I was wondering if I was scared because sometimes I would see headlines of players losing and then the headline the next day would be like ‘a collapse’ or ‘they’re not that great anymore.'”

“So then I was thinking, me waking up every day, for me, I should feel like I’m winning, you know,” she continued. “Like, the choice to go out there and play, to go see fans, that people come out and watch me play, that itself is an accomplishment. I’m not sure when along the way I started desensitizing that. It started not being an accomplishment for me. So I felt like I was very ungrateful on that fact.” 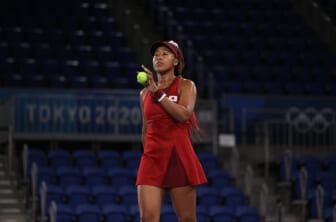 She also weighed in on how the ongoing COVID-19 pandemic adds to her stress, as well as the natural disaster in Haiti where her father is from, and the current state of Afghanistan.

Osaka wrote a piece for Time Magazine in July entitled, “It’s O.K. Not to Be O.K.,” theGrio previously reported. She wrote at the time, “Believe it or not, I am naturally introverted and do not court the spotlight. I always try to push myself to speak up for what I believe to be right, but that often comes at a cost of great anxiety.”

She continued, “I feel uncomfortable being the spokesperson or face of athlete mental health as it’s still so new to me and I don’t have all the answers. I do hope that people can relate and understand it’s OK to not be OK, and it’s OK to talk about it. There are people who can help, and there is usually light at the end of any tunnel.”