Following the presser, the agent for the tennis star slammed the reporter for being a bully.

Naomi Osaka became quite emotional during her first press conference since she exited the French Open to focus on her mental health.

Tennis reporter Ben Rothenberg tweeted on Monday that Osaka began to cry after a media member asked the tennis superstar “a fairly aggressively toned question about how she benefits from a high-media profile but doesn’t like talking to media.”

In the clip below, Osaka is seen wiping away tears with her jacket sleeve and pulling her hat down over her face. She steps away from the podium momentarily before returning to finish off the press conference.

Rothenberg added, “the aggressive tone from an unfamiliar person, after Naomi had already spoken in an earlier answer about how that’s what she finds difficult in press conferences, got things going completely awry.”

Following Osaka’s Q&A, her agent Stuart Duguid slammed the reporter for being a bully.

“The bully at the Cincinnati Enquirer is the epitome of why player / media relations are so fraught right now,” said Duguid in a statement. “Everyone on that Zoom will agree that his tone was all wrong and his sole purpose was to intimidate. Really appalling behavior.”

Duguid added, “And this insinuation that Naomi owes her off-court success to the media is a myth – don’t be so self-indulgent.”

Osaka previously said she did not want to do media sessions during the French Open due to mental health issues, and later revealed she’s battled “long bouts of depression” the past few years.

Osaka took a break from major tennis events following the pull-out, though she did ultimately return for this month’s Olympic Games in Tokyo.

After removing herself from the French Open, taking a long social media hiatus, and more, Osaka wrote a stirring essay for Time magazine entitled “It’s O.K. Not to Be O.K.,” detailing her relationship to the press, the upcoming Olympic Games in Tokyo, and her supporters in and out of the public eye.

Osaka, while honoring the purpose of the press, questions the way press conferences operate in sports today. “I always try to answer genuinely and from the heart,” she wrote. “I’ve never been media-trained, so what you see is what you get. The way I see it, the reliance and respect from athlete to press is reciprocal.”

She continued: “However, in my opinion (and I want to say that this is just my opinion and not that of every tennis player on tour), the press-conference format itself is out of date and in great need of a refresh. I believe that we can make it better, more interesting and more enjoyable for each side. Less subject vs. object; more peer to peer.” 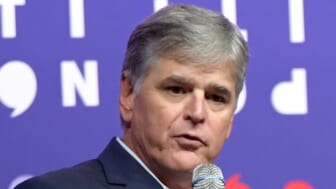 She broke down her experience skipping out on the press conference at Roland Garros and the subsequent backlash that followed.

“I communicated that I wanted to skip press conferences at Roland Garros to exercise self-care and preservation of my mental health. I stand by that. Athletes are humans. Tennis is our privileged profession, and of course there are commitments off the court that coincide. But I can’t imagine another profession where a consistent attendance record (I have missed one press conference in my seven years on tour) would be so harshly scrutinized.”

She also used the essay to publicly thank her supporters, including Michelle Obama and Meghan Markle who has dealt with her own media scrutiny for years now.

“Finally, I want to thank everyone who supported me,” wrote Osaka. “There are too many to name, but I want to start with my family and friends, who have been amazing. There is nothing more important than those relationships. I also want to thank those in the public eye who have supported, encouraged and offered such kind words. Michelle Obama, Michael Phelps, Steph Curry, Novak Djokovic, Meghan Markle, to name a few.”