Disney+’s ‘What if T’Challa became a star-lord?’ is a repudiation of mediocre white men

OPINION: The episode starring Chadwick Boseman's final performance bodies the entire concept of the white guy who gets to have it all, by showing what real heroism through Black guy magic, can actually look like. 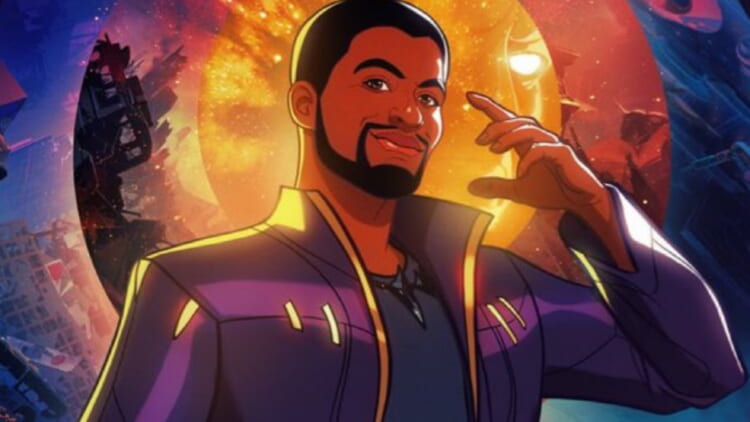 In case you haven’t heard, Disney+ — the raging behemoth of home streaming services — has launched a new animated series called What If based on the characters and storylines from the Marvel Cinematic Universe. Using the voices of the actors from the live-action Marvel films, What If takes us to crucial moments in various Marvel storylines and asks what if different decisions were made, and how would the world have turned out differently?

What if Agent Carter instead of Steve Rogers took the Super Soldier Serum and became Captain America? What if Tony Stark built Ultron before his Iron Man armor? What if Falcon read Ta-Nehisi Coates before delivering that terrible speech on race and diversity at the end of Falcon and the Winter Soldier? These are the kinds of stories that we can expect over the coming weeks.

However, this week’s “What if T’Challa became a Star-Lord” has special significance because it is the last performance of actor Chadwick Boseman. Boseman became a global icon as T’Challa, the Black Panther, in 2018 and recorded this What If episode before tragically passing away from cancer in 2020. What If … T’Challa became a Star-Lord? is a bittersweet send-off to Boseman, a fantastic story overall, and most importantly, a total repudiation of the mediocre white men who’ve been centered in most of the Marvel movie’s blockbuster films. 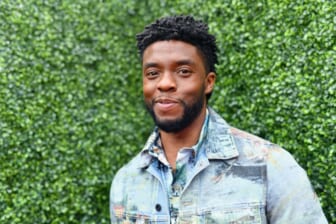 Also Read:
Fans get to hear Chadwick Boseman’s voice as T’Challa one last time in Marvel’s ‘What If…?’

In the original Guardians of the Galaxy film, a young Peter Quill (played by Chris Pratt) is kidnapped from Earth by the blue-skinned, red-haired alien Yondu and his gang, the Ravagers. Quill escapes the Ravagers, names himself “Star-Lord,” puts together a crew of petty thieves and semi-reformed crooks called “the Guardians of the Galaxy” and lives like a less charismatic, less intelligent, and less successful Han Solo. But for some reason, we’re supposed to love this selfish, lunkhead and he gets to be the hero at the end of the movie thanks in large part to the diverse group of people around him.

In the second Guardians film Star-Lord finds out he’s the son of an all-powerful celestial being called EGO (which couldn’t be more on the nose if it was Red) so again the selfish, goofy white guy is given even more power and gets to save the day again, with the help and sacrifice of all the plants, animals and POC in face paint around him. In Avengers: Infinity War and Endgame movies, Star-Lord is responsible for half the universe getting snapped out of existence because he’s more interested in chasing after his girlfriend, Gamora, than stopping her father Thanos from treating half the universe as his personal etch-e-sketch. Notice a trend here?

I do not like the Guardians of the Galaxy movies, for the same reason I don’t like the Lego movies, or Archer on FX, EastBound & Down on HBO or Final Space on Adult Swim. They’re all shows about selfish, privileged mediocre white men who stumble through life, making costly mistakes that invariably hurt others along the way, but somehow in the end they get to be the hero, usually with the assistance of some beautiful woman of color who falls in love with them because they were ‘born special’ instead of actually earning anything. It’s a terrible message, that is endemic in our popular culture, but we’re supposed to find it endearing and cute.

What if … T’Challa became a Star-Lord? bodies that entire concept of the white guy who gets to have it all, by showing what real heroism through Black guy magic, can actually look like.

In the What If story, instead of Peter Quill, the Ravagers pick up a young T’Challa, who ran outside the border of Wakanda seeking adventure. Jump ahead 20 years and instead of a knock-off Han Solo we see T’Challa has become the leader the Ravagers, reforming them from crooks to a ragtag team of Robin Hood’s merry men, stealing from the rich to give to the poor and saving the galaxy not for profit, but because it’s the right thing to do.

From the episode’s opening scene, which is a mish-mash of the opening of the original Guardians of the Galaxy and the bathroom line scene at the Knicks game in the original Coming to America, the entire episode plays out like a repudiation of the mediocre white guy genre. T’Challa reforms half the villains we’ve seen in the Marvel Cinematic Universe, resulting in a hilarious re-imagining of Thanos, making the Avengers almost obsolete and solving family drama along the way. T’Challa does all of this without the help of Wakandan technology or the heart-shaped herb that in our universe gave him his Black Panther powers. The story is a love letter to Chadwick Boseman, T’Challa and Black people in general.

I’ve pointed out in the past that the Marvel Cinematic Universe has provided some amazingly unintentionally pro-Black content, from the Police Reform undercurrents of Captain America: Civil War to the Black Business and anti-Karen treatise known as Loki on Disney Plus. However, What if … T’Challa became a Star-Lord? sends a message about heroism that we seldom see delivered from Black characters. What makes heroes special isn’t the tech suits, magic formulas, radioactive spiders and enchanted capes, it’s what’s on the inside.

Steve Rogers was a hero before he took the Super Soldier formula because he cared about protecting the little guy. T’Challa stands out among the Black heroes in the MCU because he’s not a sidekick, he isn’t dependent on technology that somebody else lent him, or powers grafted off someone else. You see in this What If, even after he’s been stripped of everything he knows, T’Challa is still a better hero than the white guy man-child in our universe who literally has a god’s blood running through his veins but couldn’t think beyond being a petty thief until a talking raccoon, a sentient plant and a Black woman in green face paint told him he was special for 140 minutes.

White men are bombarded with messages every day telling them they’re special no matter what they have or have not done or earned. How about a message to Black fans that is a bit more uplifting and less toxic. Fans need to see that Black people can be heroes because of what’s inside their hearts and minds as well, and Boseman’s final performance brings that message home as well as the necessity of keeping this character alive in future stories.

If I could propose a second season episode to Marvel it would be “What If Marvel Chose to Re-Cast T’Challa?” because this episode shows how meaningful it is to have self-made Black heroes centered in the MCU, and how in his farewell performance Boseman reminded us that T’Challa needs to live on, even if the man who brought him to the big screen cannot.