OPINION: Did 'Loki' writer Michael Waldron have an office full of Malcolm X posters and Alkaline water, or can white people not help telling on themselves through art? 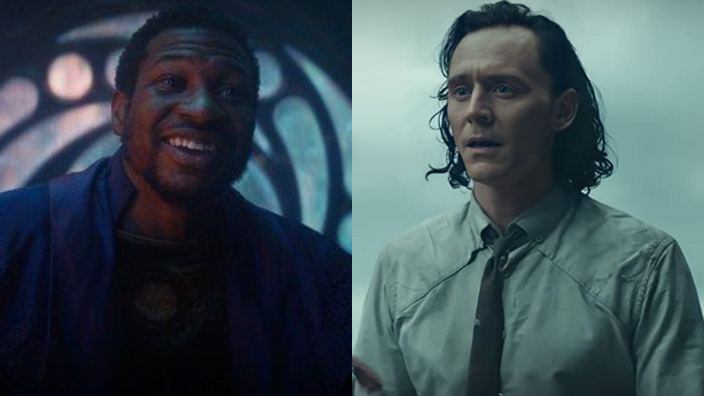 Every once in a while Disney shocks viewers with some unintentionally extra-Black revolutionary messaging in their movies and TV shows. While some saw Zootopia as a story of funny animated animal cops solving crime, you don’t have to don a full kufi and dashiki to realize it was obviously a metaphor for how white supremacy led to the War on Drugs – I certainly did!

This kind of messaging slips out in the Marvel Cinematic Universe as well. You could easily rename Captain America: Civil War as “Captain America Defunds S.H.I.E.L.D” and nobody would’ve noticed. WandaVision was the story of a magical Karen going through a quarter-life crisis and the token Black friend who literally had to gain superpowers to stop her from terrorizing the neighborhood.

Falcon and the Winter Soldier was about a Black guy who gets screwed over by ‘The Man’; and has a choice between joining a radical liberation movement run by a Black woman or take the bass out of his voice, occasionally put on whiteface and work within the system. Basically Barack Obama with wings and a shield.

However, this week’s Loki season finale wasn’t even subtle, and all of Black Twitter was picking up what Disney was putting down. I don’t know if Loki head writer Michael Waldron had an office full of Malcolm X posters and Alkaline water, or if white people just can’t help telling on themselves through art. Either way, Loki’s finale frames the whole season as a parable of whiteness in America, how Black people fight and toil to hold this whole dysfunctional country together only to see White America tear it all down if they don’t get what they want, even if it dooms us all. 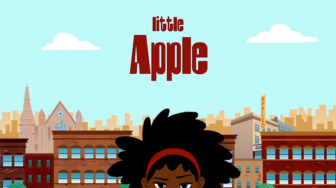 For the uninitiated, Loki spun directly out of Avengers: Endgame and was the story of Loki, the Norse trickster god and longtime Avengers antagonist, being kidnapped by an interdimensional policing organization called the Time Variance Authority. The TVA is tasked with maintaining the timeline and keeping different versions of the same person (called Variants) from other dimensions from causing trouble. It’s a dirty job but somebody has to do it.

We should’ve peeped this was going to be a low-key (or is that Loki?) woke story when we saw the TVA looks like a DMV office and is run by Black women, director Ravonnna Renslayer (Gugu Mbatha-Raw) and head enforcer Hunter B-15 (Wunmi Mosaku) — Black women who also spend a lot of time wearing dark leather, berating and beating white men with sticks and weapons. The white guys, whether it was Agent Mobius (Owen Wilson) or Loki (Tom Hiddleston), seem to be comfortable with and in the case of Mobius somewhat turned on by this system. I’m not the only one that noticed.

The TVA is trying to stop a white woman named Sylvie (Sophia DiMartino) a version of Loki from another dimension who wants to destroy the whole system because it ‘ruined her life.’ Sylvie rallies white men (Loki and Mobius) to help her take down this entire Black-run business because she can’t get customer service on the line. How does she do it? By seducing Hunter B-15, an underappreciated Black woman, into believing that she can have a better life by betraying Ravonna and the entire TVA. Between beating and emasculating white men and being seduced by a white woman into betraying her own people, Wunmi Mosaka is basically replaying her role as Ruby in Lovecraft Country, which I’m sure will send misogynistic hoteps into a tizzy.

After a perilous journey across six episodes until the end of time, Sylvie and Loki finally encounter Kang (Jonathan Majors), a Black man who’s been holding the entire universe together. Kang offers Loki and Sylvie a choice to either take over the TVA and run things as they see fit, or send the universe into chaos and face a version of him that will be much more evil. Loki accepts the offer, but Sylvie Karen ain’t trying to hear it, and she kills Kang on the spot. It’s literally a “We Wuz KANGZ” meme come to life. Black Twitter noticed immediately.

And what happens after Kang is killed? The entire universe comes apart, all hell breaks loose and nobody knows what to do. Is there not a better parable for how white Americans treat Black folks who literally live their lives by a mantra of “We tried to tell you?”

Why does Loki resonate so well in an age of Black Lives Matter? Because it’s a story as old as time and as recent as the six-month anniversary of the white nationalist insurrection that occurred on Jan. 6. The TVA is the United States, a necessary evil, pruning upstart nations or timelines alike, all in a vain and egocentric attempt to keep things orderly. Is it just? No. Is it fair? No. However, throughout history, Black folks have given our lives on the battlefield and in the voting booth to maintain a system that might be consistently bad instead of trading it in for something that could be chaotically evil, especially for us.

Hunter B-15 is every Black civil servant toiling away in a system that they’ve convinced themselves is right. Ravonna is every Black woman executive who’s had to deny her own life and questions to keep a bunch of white men who alternatively lust after her (it was pretty obvious that Mobius had been placed in the interdimensional friendzone against his will) and want to overthrow her.

Kang (Jonathan Majors), the one who remains, the man at the end of time? He’s that Black business owner so worn down by white supremacy he just wants to relax in his fishing boat and watch Law & Order marathons. He’s Danny Glover in Lethal Weapon, two weeks from retirement who’s simply just too old for this sh*t. He’s Ghost from Power, who just wants to retire and hopes Tommy can run things after he’s gone. He’s Barack Obama, offering free healthcare to white people and warning them that Trump would be 100 times worse than him, and the white folks still burn him in effigy. He’s the hardest-working Black man in the Universe who lived long enough to see a white woman tear it all down.

The best part of this Black Lives Matter Loki finale is what happens when it’s all over. After Sylvia kills Kang, she just sits there, crying white tears because apparently, that is the interdimensional language of Karens. They could’ve filmed that entire season finale with a shaky cell phone camera in a Walmart parking lot and the message about white women’s privilege and rage couldn’t have been more obvious. The Black man holding everything together is dead, Mobius and Loki have no idea what to do, Hunter B-15 is lost in the sauce, and Ravonna, who had been true to the game all along, left for some self–care. It’s like the whole series was a long-form Juneteenth gift.

If you had any doubt about the racial metaphor of Loki just take a look at the future of the Marvel Cinematic Universe Phase 4 films. I mean, Thanos was a bad guy, but he only threatened half of ONE universe. Kang threatens the very idea of existence. However, America knows good and well that when everything is at stake, whether it’s a financial crisis, a crazy authoritarian president, or an interdimensional war, it’s always up to Black people to save this country from itself.