Rashaun Jones is accused of killing Bryan Pata, who he reportedly had a history of conflict with

Rashaun Jones, a former player with the University of Miami football team, has been charged with the murder of one of his teammates — 15 years after the heinous crime. 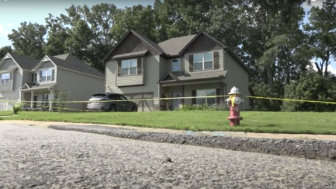 Jones, 35, a former Miami Hurricanes football player, is said to have fatally shot Bryan Pata, 22, in 2006. ESPN covered the murder case in November 2020, naming Jones as a potential suspect.

Pata was a 22-year-old defensive lineman for the team at the time who had previously dated Jones’ ex-girlfriend, Jada Brody. Jones had been suspended from the team after a failed drug test. The two men reportedly had a history of discord, with one argument resulting in Pata bettering Jones in a physical altercation.

On Nov. 7, 2006, Pata was found by a teammate with a gunshot wound to the head in the parking lot of the apartment complex where he lived in Miami. No security cameras in the area captured the shooting, according to the report.

Police arrested Jones Thursday in connection to Pata’s death, nine months after ESPN’s investigation noted missteps in the long-stalled investigation. Jones has been charged with first-degree murder and is being held in Marion County awaiting extradition to Miami-Dade, PEOPLE reports.

“His whole world revolved around football and his family. It’s not like he had a lot of enemies,” Miami homicide detective Juan Segovia said in a video announcing Jones’ arrest.

“He wasn’t involved in the criminal element. He was a young man who was looking forward to a future in the NFL. That’s all he wanted, was to play football in the National Football League. He wanted to take care of his family one day. I can only hope that this brings the Pata family a little bit of closure and a little bit of satisfaction.”

“The Pata family has waited a long time to see the individual they had believed involved in Brian’s death arrested and charged,” State Attorney Katherine Fernandez Rundle said in a press release. “While the time needed to build sufficient evidence to ethically charge in a homicide can sometimes feel endless, families should know that the passion and determination of police and prosecutors to resolve unsolved cases does not diminish.”

The press released noted that Pata had told his brother Edwin that Jones threatened to shoot him in the head. Jones made similar threats to others, according to the release. Though Pata’s brother encouraged him to report the threat to then Hurricanes head coach, Larry Coker, no report was ever made.

The U.S. Marshals Service said in a statement:

The U.S. Marshals-led Florida/Caribbean Regional Fugitive Task Force (FCRFTF), working with the Miami-Dade Police Department, arrested today a man charged with the murder of University of Miami football player Bryan Pata, who was shot and killed Nov. 7, 2006, outside his apartment complex in Kendall after leaving team practice earlier that day. He was 22 years old.

Jones was arrested without incident outside his place of employment in Ocala, Florida, per the statement.

“It’s really a surprise,” Coker told ESPN. “I’m just glad things are moving forward and that things are getting solved.”

Several of Pata’s former Miami teammates also reacted to news of Jones’ arrest, with Kyle Wright noting in a text to ESPN that he is “shocked and heartbroken.”

Segovia says that the commitment to justice from Pata’s friends and family helped eventually find his alleged killer.

“The community never stopped contacting us,” he said. “Even if we got a thousand tips and only one was the one that actually put the pieces together, that’s what it took, and that’s exactly what happened in this case.”