A 13-year-old Georgia boy has been charged with murder and aggravated assault in the fatal shooting of his mother.

Dominique Bowers, a 37-year-old Navy veteran, was found dead by police in her Warner Robins home on Friday. Police say her son is in custody and charged with murder after he allegedly shot her dead and then called 911, PEOPLE reports. 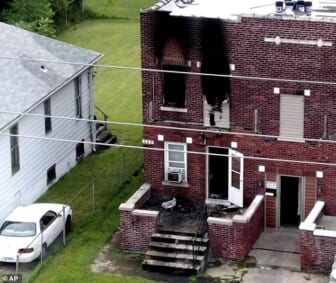 The Warner Robins police confirmed the child was the killer in a statement posted on Facebook.

“Dominique Bowers, (37 yoa) of Warner Robins, is identified as the victim of homicide that occurred yesterday on Adirondac Way.  Ms. Bowers is the mother of the 13-year-old juvenile that was taken in to custody,” the statement said. “The juvenile is charged with Murder and Aggravated Assault.  A first appearance with the juvenile was held this morning at the Houston County Superior Court.  The juvenile is being held in the Crisp County Youth Detention Center.”

Authorities have not revealed a motive or the circumstances that led to the shooting. The teen murder suspect is being held in the Crisp County Youth Detention Center.

Several Facebook users reacted to the post, with one person commenting: “What a heartbreaking tragedy. God, please bring comfort and peace to all of those involved. Rest in love, Dominique.”

Another said of the tragedy, “Thankful for our officers keeping our community safe. This is a sad event and could happen in any city in the US. Warner Robins has more crime because our population has grown. Our council has work to do but they are not responsible for every crime that happens. I’m a native and I can tell you we have some wonderful public servants who deserve our support.”

A third added, “Extremely sad that young people have no regard for the sanctity of life. Praying for all involved, and the family.”

One frustrated user said of the killing: “Wouldn’t it be nice if people learned to wait until all the facts of a case were released before passing judgements and sentencing a person before they could defend themselves? This is a terrible case. The law enforcement officers involved and other first responders have to deal with what happened but unless you were there you have no idea how events unfolded. What if this kid accidentally killed this person. He or she will have to live with that forever. Just let the facts come out first. Please.”

According to her Facebook page, Bowers studied psychology at Roanoke College. She is a former Builder Petty Officer 2nd Class in the U.S. Navy and worked for the Virginia Department of Transportation.

It appears she was in a relationship with Niko Zaharopoulos, as there are several photos posted on the account showing them getting cozy and hanging with her family. One person commented under a pic of the couple: “You look so happy Dominique

A YouTube commenter noted that the alleged teen killer “wasn’t happy about his mother’s upcoming marriage.”