Dan Patrick, the lieutenant governor of Texas, is placing blame on Democrats and the Black community for the rising numbers of COVID-19 in the state.

“Most of the numbers are with the unvaccinated, and the Democrats like to blame Republicans on that,” Patrick told The Ingraham Angle host Laura Ingraham on Fox News. “Well, the biggest group in most states are African Americans who have not been vaccinated. The last time I checked, over 90 percent of them vote for Democrats in their major cities and major counties, so it’s up to the Democrats to get, just as that it’s up to Republicans, to try to get as many people vaccinated.”

The Washington Post immediately labeled Patrick’s comments patently false, saying the latest data from the Texas Department of State Health Services shows that Black residents only account for 16.4% of coronavirus cases and 10% of deaths from the disease, while only comprising 13% of the state’s population.

According to KFF.org, between March 1 and August 16, vaccination among Hispanic Americans and African Americans have increased in most states, including Texas.

Nationally, 72% of adults in the U.S. have received at least one dose of a COVID-19 vaccine.

“While White adults account for the largest share (57%) of unvaccinated adults,” KFF.org writes, “Black and Hispanic people remain less likely than their White counterparts to have received a vaccine, leaving them at increased risk, particularly as the variant spreads.” 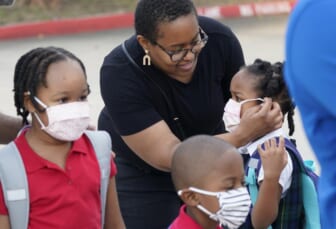 Doctor and data scientist Jorge A. Cabellero wrote, “Lt. Gov. @DanPatrick is a lying racist. We know this because data shows that White Texans are responsible for twice as many cases as Black Texans, and there are 3 unvaccinated White Texans for every 1 unvaccinated Black Texan.”

“First it was Mexicans at the border bringing COVID, now they’re blaming Blacks,” another user wrote. “It’s THEM and their ban on mask mandates! It’s White Repubs who don’t want to wear masks or get vaccinated! THEY ARE THE ONES SPREADING COVID!!”

Someone pointed out recent school board meetings across the nation that have featured white parents protesting mask mandates. “Yes because it’s Black people you see daily on TV at school board meetings,” they wrote, “threatening and harassing teachers and medical staff. (Eyeroll emoji) Projection is all they have.” 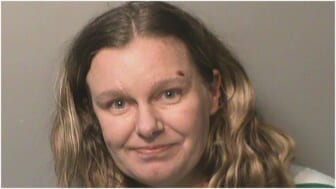 On the subject of masks, Patrick commented about his state — whose Republican governor, Greg Abbott, was diagnosed with COVID-19 on Wednesday as he bans school districts from instituting mandates.

“So if I’m not going to tell my own son and daughter,” he asked, “why would I tell total strangers out there?”