Nicole Poole Franklin struck a Black boy with her car, saying she ran him over because “he’s not supposed to be there and he’s going to take me out.”

A white Iowa woman who said she drove her SUV into two children in 2019 to try to kill them because of their race was sentenced Thursday to 25 years in prison on federal hate crimes charges.

Nicole Poole Franklin had already been sentenced to up to 25 years, including a mandatory minimum of 17 1/2, on state attempted murder charges in the Dec. 9, 2019, attacks in Des Moines.

The sentence will run concurrently with the state punishment but ensure she will be incarcerated for longer, since the federal system does not have parole. 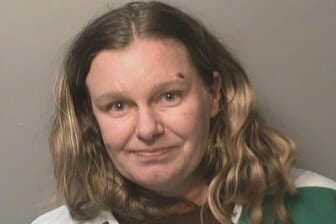 Prosecutors asked for a 27-year sentence in a filing last week, saying Poole Franklin targeted a 12-year-old boy and a 14-year-old girl because of their race and ethnicity. Both were walking down the street near their schools.

Federal sentencing guidelines had recommended a term of 30 years to life.

Prosecutors say she first drove over a curb and struck the 12-year-old Black boy, saying she ran him over because he’s “just like ISIS” and “he’s not supposed to be there and he’s going to take me out.” She narrowly missed the boy’s older sibling who was walking alongside him.

Minutes later, Poole Franklin drove up over a sidewalk, prosecutors said, striking a 14-year-old Latina girl, who had bruises, cuts and a concussion. Poole Franklin said she targeted the girl because she thought she was Mexican, was taking over “our homes, and our jobs” and “wasn’t supposed to be in the country,” the filing said.

Poole Franklin fled after both crashes and was later arrested after going to a gas station where she called an employee and customers racial epithets. 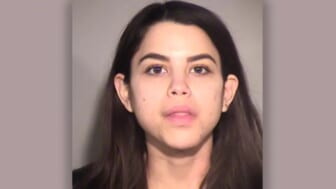 “Holding Poole Franklin accountable, not only for her intentional actions, but for the malicious beliefs behind them, is what our justice system should be, and a must to provide just punishment, afford adequate deterrence, and protect the public from further crimes by this defendant,” prosecutors wrote.

Poole Franklin’s public defender asked Rose for nothing longer than a 27-year term. He argued in a filing that she was suffering from “severe pre-existing mental illnesses that were exacerbated by methamphetamine use, numerous extremely difficult life events hitting at nearly the same time, and with some of the worst aspects of the culture acting behind the scenes and further poisoning her mental state.”

Before the hate crimes, Poole Franklin had received a series of breaks from the legal system, including after she allegedly stabbed a boyfriend in the chest in 2017 and threatened another with a butcher’s knife months later.