"We’ve had enough and we’re not taking it anymore," union workers said in a statement

If you were to walk into any grocery store in America, you’d likely see the popular snack brands Oreo, Chips Ahoy and Ritz Crackers lining the shelves. Now, as hundreds of union employees for those brands’ manufacturer, Nabisco, are on strike over potential contractual changes, your favorite sweet and salty treats may not be so easy to find for much longer.

After Nabisco’s previous contract with parent company Mondelēz International Inc. expired in May, negotiations began for a new four-year contract with proposed changes including scrapping the old work schedule of eight-hour shifts, five days a week in favor of 12-hour shifts, three or four days a week, with overtime premiums only available for those who work over 40 hours in a week.

According to Vice, many Nabisco workers were already working 12 and 16 hour shifts during the height of the pandemic, fueling employees’ displeasure with workplace conditions. Among the other proposed changes worrying employees is a new healthcare plan that workers say would cost “significantly more” for newly hired individuals.

Protests began on August 10 when roughly 200 workers at a Portland, Oregon production factory walked off the job and onto a picket line, later joined on Monday by approximately 400 employees who did the same at a Richmond, Virginia factory. On Thursday, workers at an Aurora, Colorado distribution hub joined the cause. 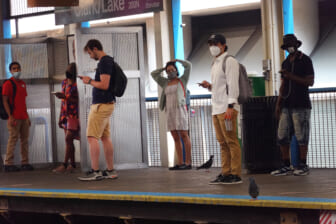 The day Portland workers began their strike, the Bakery, Confectionery, Tobacco Workers, and Grain Millers International Union (BCTGM), with which Nabisco workers are unionized, released a statement explaining the motive behind their efforts.

“After years of Nabisco closing bakeries and moving thousands of BCTGM jobs to Mexico and threatening to move even more jobs to Mexico, our members are saying, ‘We’ve had enough and we’re not taking it anymore.’”

Cameron Taylor, a business agent for Portland’s BCTGM chapter told Insider: “We’re not striking for huge demands. We’re striking to hold on to what we already have.”

Mondelēz International released a statement Friday saying it is “disappointed” by workers’ decision to strike, emphasizing that its goal has always been to work “in good faith” with union employees.

“We are disappointed by the decision of the local BCTGM unions at our Portland (OR), Richmond (VA) and Chicago (IL) bakeries and our Aurora (CO) and Addison (IL) sales distribution facilities to go on strike,” Mondelēz International said. “Our goal has been — and continues to be — to bargain in good faith with the BCTGM leadership across our U.S. bakeries and sales distribution facilities to reach new contracts.” 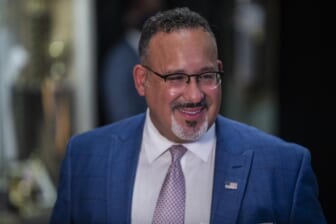 Also Read:
US to erase student debt for those with severe disabilities

As the movement gains steam nationally, high-profile public figures are showing support for the cause, including Democratic Sen. Bernie Sanders, who tweeted Wednesday: “I stand in solidarity with @BCTGM workers in Oregon, Colorado, and Virginia who are on strike for a fair contract and for decent working conditions. If Nabisco can rake in billions of dollars in corporate profits, they can afford to treat their workers with dignity and respect.”