Final season of ‘Insecure’ to premiere in October

HBO announced on Monday (Aug. 23) that the fifth and final season of Insecure will return in October. 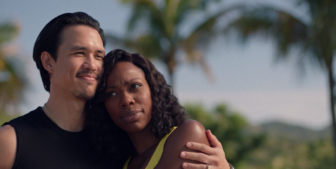 Insecure first premiered in October 2016, and since then, has received critical acclaim and multiple Emmy nominations, as theGrio reported.

Series star and creator Issa Rae opened up to PEOPLE about the end of her hit show, revealing that since season three she has been “wrapping her head around” the ending.

During filming for the final season, Rae revealed to PEOPLE that she tried to remain present while filming, “But being on set everyday, I’m definitely taking it all in on a different level now, just in terms of, ‘Wow, I love this family. This is my family,’ and we’ve done so much and these people are incredible, and I feel so blessed to work with them.”

She added, “I know I’ll look back on this time very, very fondly, as I do now,” she said.

“We always planned to tell this story through five seasons,” Rae told Deadline earlier this year.

“Prentice and I are so grateful that HBO believed in our show from the beginning and kept faith in us to see our vision through the end,” Rae said of the feel-good series she executive produces with Prentice Penny.

Insecure became a staple on HBO when it premiered in 2016. Loosely based on Rae’s Youtube series, Awkward Black Girl, Rae gave life to Issa Dee’s journey as she navigated Blackness in both her professional and personal lives.

Rae has promised fans more episodes in the final season.

“We’re getting more than eight episodes! I did that!” she teased.

“Issa has turned insecurity into an iconic form of comedy,” Gravitt said in a statement in January.

“The show is as incisive as it is heartfelt, and it has resonated strongly with its audience because of the deeply personal work that Issa, Prentice, Melina, the cast, and the writers have put into it,” Gravitts’ statement read. “This talented team has conceived a brilliant final season for Insecure and we look forward to having many more stories to tell with this singular group of collaborators.” 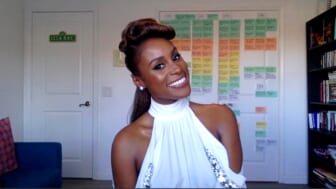 Also Read:
Issa Rae on ‘Insecure’ ending: ‘I want to be able to grow’

An exact premiere date for season five is still unknown.

“The wait is almost over,” read a post shared to the show’s Twitter page. “The final season. October ?.”