The police killing of George Floyd ignited global protests and prompted corporate America to pledge billions to racial justice. But more than a year after his death, much of the funds have yet to be distributed and more questions about the funds have been raised. 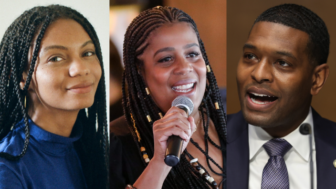 The Washington Post analyzed public statements and company reports of 44 of the companies to determine how the funds were distributed. One key finding is that many of the organizations stand to profit from the $49.5 billion that was pledged.

“Looking deeper, more than 90 percent of that amount — $45.2 billion — is allocated as loans or investments they could stand to profit from, more than half in the form of mortgages. Two banks — JPMorgan Chase and Bank of America — accounted for nearly all of those commitments. Meanwhile, $4.2 billion of the total pledged is in the form of outright grants. Of that, companies reported just a tiny fraction — about $71 million —went to organizations focused specifically on criminal justice reform,” the report read.

“Corporations are not set up to wield their power for the greater good as much as we give them credit for, a lot of times,” said Phillip Atiba Goff, a professor at Yale University who co-founded the Center for Policing Equity. “They are constrained by things they feel they need to do to manage their brand in a world where Black liberation does not have consensus.”

The Post noted that corporations are not required to report on where all the pledges are going, nor are they required to track the impact the funds have on the communities they are allegedly benefitting.

“Because these are pledges, there isn’t any one entity that will be holding these organizations accountable,” said Una Osili, associate dean at Indiana University. Osili is also head of the annual Giving USA report, which tracks American philanthropy. “I wonder about the follow-through — whether the will will be there in three to four years to continue to lift up these issues,” she added. 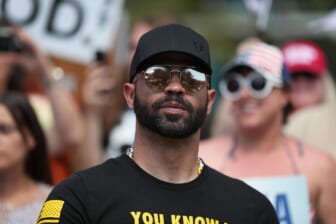 The Post analyzed pledges made after May 2020 and found that “37 companies have confirmed disbursing at least $1.7 billion of the $49.5 billion pledged,” the outlet wrote. Seven of the companies that made racial justice commitments refused to disclose how much had already been spent, per the report.

About 20 corporate organizations reportedly paid it forward to the National Urban League, 19 gave to HBCUs and the NAACP Legal Defense and Educational Fund, 18 were generous to the Equal Justice Initiative, and 13 made financial gifts to the NAACP, as reported by Yahoo Finance.

“We don’t want just benevolent billionaires and nicer, softer, more-woke monopolies. We want an economic structure that allows for more mobility, and we don’t have that.”