This Earth Day, we're celebrating just a few #BlackandGreen leaders who've made a mark on the climate movement. 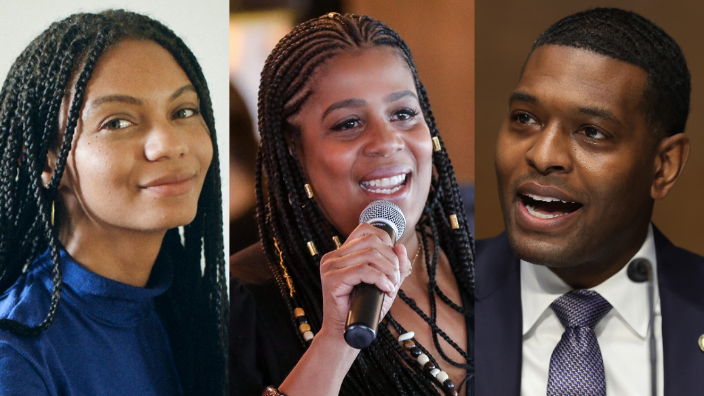 Contrary to what we see in the mainstream, the climate movement is not predominantly white. Though a failure to tell a full history and a lack of racial representation within the organizational sphere, persists, the truth is, Black people have long been stewards for the planet.

In celebration of Earth Day, theGrio is highlighting just a few leaders who’ve made a lasting impact in conservation, to climate science, government administration and grassroots organizing.

MaVynee Betsch was a great-granddaughter of insurance company founder and one of the first African American millionaires, Abraham Lincoln Lewis. As a resident of American Beach, Florida, which Lewis founded, Betsch spent her life protecting the historically Black vacation spot from developers and donated approximately $750,000 to environmental organizations over her lifetime.

Fun fact: Dr. Johnetta Betsch Cole, the first Black woman to serve as president of Spelman College, is her sister.

Aptly called the ‘father of environmental justice,’ Dr. Robert Bullard began his research on environmental racism in the 1970s. His wife, attorney Linda McKeever Bullard had taken a case, now known as Bean vs. Southwestern Waste Corp on behalf of Black suburban residents who wanted to stop a landfill from moving into their neighborhood and it became the first of its kind.

Dr. Bullard’s initial study in Houston led to a lifetime of research and since then, he has written 18 books, served as Dean of the Barbara Jordan-Mickey Leland School of Public Affairs at Texas Southern University, and is co-chair of the National Black Environmental Justice Network.

In 1971, environmentalist and expert traveler John Francis was so disturbed by an oil spill he saw in San Francisco Bay that he vowed to stop using motor vehicles. Instead he walked everywhere for 22 years and travelled coast to coast through the United States. Overtime, Francis became known as the “PlanetWalker” and In 1991 he was appointed as the United Nations Environment Program’s Goodwill Ambassador to the World’s Grassroots Communities. He is also the founder of the organization Planetwalk.

Read More: ‘What’s In It For Us’ talks Black environmental concerns

Shortly after the 2014 killing of Michael Brown, Florissant, Missouri native Leah Thomas coined the term ‘intersectional environmentalism’ to address the connection between racial justice and climate. She is the creator of the eco-lifestyle blog Green Girl Leah and The Intersectional Environmentalist Platform, an online community advocating “for environmental justice + inclusivity within environmental education + movements”

Rue Mapp is the founder of Outdoor Afro — a nonprofit organization with a mission to “inspire Black connections and leadership in nature.” Mapp founded the organization in 2009 after initially starting a blog to cultivate a community of outdoor enthusiasts and now Outdoor Afro is a go-to resource for Black explorers with chapters in 42 cities across the country.

With her 2018 award-winning book, “Farming While Black,” activist Leah Penniman unearthed centuries of injustices that Black farmers have endured in the U.S. As a farmer herself, Penniman cites the power of sustainably growing your own food as both a climate solution and liberation movement. The organization she co-founded, Soul Fire Farm aims to dismantle racism within the food industry through local food deliveries, activist farmer trainings, and policy agendas.

Jacqueline Patterson serves as the director of the NAACP’s Environmental and Climate Justice program which focuses on reducing greenhouse emissions, creating access to clean energy, and building climate resiliency within communities of color. Patterson has also provided thought leadership on the intersections between women’s rights and climate change and served as women’s rights policy analyst for the NGO Actionaid International.

This March, Michael S. Regan made history by becoming the first Black man to serve as administrator of the Environmental Protection Agency (EPA). Before his EPA appointment, Regan was secretary of the North Carolina Department of Environmental Quality. In that position he negotiated a settlement alongside environmental justice group, Duke Energy, which resulted in the largest coal ash clean up in the nation’s history.

Trailblazing researcher Warren Morton Washington currently serves as a senior scientist at the National Center for Atmospheric Research (NCAR) and was appointed to the National Science Board in 2002. In 1975, Washington and fellow scientist and NCAR colleague Akira Kasahara created one of the first computer models of the earth’s climate that uses physics to predict atmospheric patterns.

Dr. Beverly Wright is the founder of the Deep South Center for Environmental Justice, co-chair of the National Black Environmental Justice Network, and a renowned scholar. Dr. Wright has led research on chemical pollution that disproportionately harms Black communities in the Louisiana and Mississippi River Chemical Corridor and developed an elementary school curriculum about climate. In March, she was appointed by President Joe Biden to the White House Environmental Justice Advisory Council.