OnlyFans says it has suspended a plan to ban sexually explicit content following an outcry from its creators and advocates for sex workers.

The subscription site said in a prepared statement Wednesday that the planned ban was “no longer required due to banking partners’ assurances that OnlyFans can support all genres of creators” and declined to answer further questions.

OnlyFans had said last Thursday that it would ban explicit content starting Oct. 1, blaming policies of banks and payment processors for the policy change. “The new rules are necessary to comply with the requirements of these financial institutions and are the only way to help ensure the long-term sustainability of OnlyFans,” the company said in a message to users last week.

OnlyFans has become famous as a place where sex workers can get paid in a safer way as well as a space for celebrities to interact with fans.

Last week’s abrupt change upset the site’s creators, many of whom threatened to move to another website. A lot of sex workers joined OnlyFans during the pandemic when in-person venues shut down or became more dangerous because of COVID-19. The site has been tremendously lucrative for some people, allowing them to earn thousands every month. OnlyFans says it has 130 million users and 2 million creators who have collectively earned $5 billion. 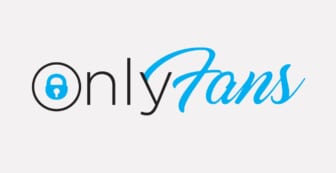 Lacy Lennon, who says she makes tens of thousands of dollars a month from OnlyFans charging $100 a minute for custom videos, remains skeptical on the ban reversal. “What’s scary is what’s the safety on this? How do we know it won’t happen again?”

“We’ve been in the adult industry for 20 years and we’re tired of seeing sex workers get bullied and exploited by the platforms that make the money off them,” said Mattie McCoy, whose Nevada company is also developing a site that could offer an alternative to OnlyFans for sex workers, called Naughty Popcorn.

Advocates had criticized OnlyFans’ planned ban, saying they were concerned it would push people into more dangerous street-based sex work. They say taking away a safer virtual space and cutting people’s income makes them more vulnerable to the risk of being trafficked.

“Not having the online outlet is going to hinder and harm a lot of people. Online is much safer, particularly for trans and gender nonconforming folks,” said LaLa Zannell, the ACLU’s trans justice campaign manager who leads the rights group’s effort to decriminalize sex work.

Elected officials had also raised concerns about OnlyFans. A bipartisan group of over 100 members of Congress called on the Justice Department to investigate OnlyFans earlier in August, saying the site was a “major marketplace” for sexual videos with children in them. The letter cited anti-porn group National Center on Sexual Exploitation, which has its origins in the faith-based group Morality in Media, as a source, as well as the National Center for Missing and Exploited Children. 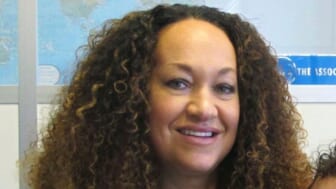 Sex workers and their advocates say conservative and religious groups are trying to erase sex from the internet under the guise of combating sex trafficking and child pornography.

OnlyFans CEO Tim Stokely blamed banks such as Bank of New York Mellon for the planned ban in an interview with the Financial Times on Tuesday, saying they refuse the site’s business.

“I want to be optimistic, but I’m very skeptical,” said Phoenix Calida, an OnlyFans creator who works with nonprofit advocacy group Sex Workers Outreach Project USA. “It seems as though OF changed without consulting sex workers, and I’ve not seen anything that indicates that they understand why that’s a problem.”

Calida hopes the reversal stays, but added “I am worried that the company still doesn’t seem to think it needs to consult sex workers before policy changes instead of responding to criticism after.”

The anti-porn group, NCOSE, said it “remains steadfast in holding OnlyFans accountable for enabling abuse and exploitation” and called its age verification process “useless in practice.”