Kadeem Hardison and Jasmine Guy reflect on ‘A Different ‘World’

The beloved onscreen couple sit down more than 30 years after the series to talk about Black love and how the show would adapt in today's environment.

After its premiere in the late 1980s, A Different World became Black sitcom royalty. 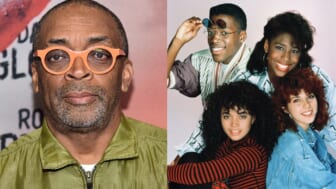 Jasmine Guy and Kadeem Hardison, who played one of the most iconic couples on the show — bourgeois southern belle Whitley Gilbert and math geek Dwayne Wayne — recently reflected on their on-screen romance and how it would hold up if A Different World were still on the air.

“I realized that Whitley becomes another kind of character when she’s with him,” Guy said in an interview with Entertainment Tonight.

A spinoff of The Cosby Show, A Different World which first aired on Sept. 24, 1987, focused on the life of young adults entering a Black college and became popular in part to its relatable plots and ensemble cast. Hardison and Guy played the up and down couple pairing that won over audiences hoping that the two would finally make it work.

“Dwayne brought out her vulnerability, which she was never comfortable with. She always had to think she was in control,” Guy continued.

The two actors’ recent sit-down comes more than 30 years after the show’s premiere.

During the first season, Hardison’s character Wayne was enamored by the main protagonist Denise Huxtable, the second-oldest daughter from The Cosby Show who was played by Lisa Bonet.

The attraction between Wayne and Guy’s character Whitley was teased throughout the first season, but by season four, the two finally were in a relationship.

“I don’t think I looked at our love story as a Black love story,” said Guy in the interview. “It just seemed like a story that people can go through. People that keep missing each other and then somehow find a way back and then split again. I think at the age that our characters were, you always think there may be something else.”

The couple broke up after making it official, with Whitley almost marrying another man before Dwayne Wayne crashed the wedding, confessing his love. Soon after, the two got married.

Hardison and Guy also talked about how some of the show’s plots are parallels to the situations they see today.

In a two-part episode during season six, the couple traveled to Los Angeles for their honeymoon after the acquittal of the four LAPD officers charged with beating Rodney King nearly to death.

During the episode, the two grapple with the reality of police brutality and its effects on the Black community — a sentiment Guy says is still relevant today.

“I don’t think that we changed the world with the riots episode, but we did acknowledge how it affected all of us,” she said. “See, when things were happening in the outside world, it was happening to us, personally.

I remember when Darryl [M. Bell, who played Ron Johnson] got locked up for some kind of parking ticket; I remember when another actor on our show got stopped, head to the pavement, because of some tinted glass.”

A Different World was set for a reboot, but plans were put on hold after the numerous accusations of sexual assault and eventual conviction of show creator Bill Cosby.

“There’s a studio and network situation where they can’t allow any money to go into his company,” industry powerhouse Debbie Allen said. “I said, ‘Can’t we contribute it to schools or something?’ But you can’t take somebody’s name off of a show. A Different World needs to have a second life, and we know how to do it. I was so close to doing it with Issa Rae.” 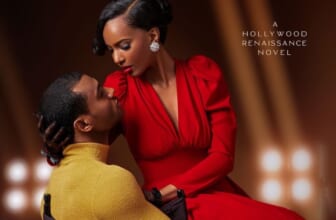 The cast of A Different World united in late June for E! Online’s show Reunion Road Trip, where the cast of several beloved shows reunite and speak about their time on set.