The case is the latest where courts have forced doctors to use Ivermectin at the request of the ailing patient’s family.

A judge has ordered an Ohio hospital to treat a COVID-19 patient with an anti-parasitic commonly used for livestock.

Julie Smith sought legal help when it came to her husband’s battle with COVID. Jeffrey Smith, 51, contracted the virus in early July and has spent weeks in the intensive care unit of a Butler County hospital, USA Today reports. He was reportedly given the antiviral drug Remdesivir along with plasma and steroids. On July 27, “after a period of relative stability,” Jeffrey’s condition worsened.

Jeffrey, who works as a network engineer for Verizon, was sedated, intubated, and placed on a ventilator on Aug. 1. He was later placed in a medically induced coma. His wife turned to the Butler County Common Pleas Court last week for an emergency order for the use of Ivermectin. 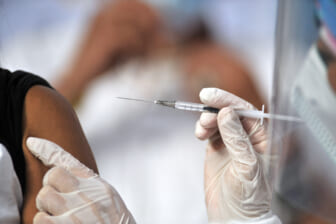 Julie reportedly considered Ivermectin as a possible treatment for her husband after connecting the drug to an Ohio-area pulmonologist. Dr. Fred Wagshul is co-founder of the nonprofit Front Line COVID-19 Critical Care Alliance, which suggests Ivermectin as both a preventative and treatment for COVID-19.

Dr. Wagshul reportedly prescribed the drug to Jeffery but the hospital refused to administer it. Julie petitioned the court on Aug. 20 and three days later Judge Gregory Howard gave Dr. Wagshul the go-ahead to prescribe 30 milligrams of Ivermectin daily for three weeks, per the report.

The Smiths’ case is the latest where courts have forced doctors to use Ivermectin at the request of the ailing patient’s family.

Julie reportedly filed a lawsuit on behalf of her husband of 24 years, listing herself as his guardian. The couple shares three children. She does not mention in the legal docs whether Jeffrey is vaccinated against COVID-19.

“My husband is on death’s doorstep; he has no other options,” she wrote in an affidavit filed with her lawsuit. She also notes that at one point, Jeffrey’s chances of survival had “dropped to less than 30%.”

Ivermectin is approved for use in people and animals for the treatment of parasitic worms, head lice, and some skin conditions, theGrio previously reported. The U.S. Food and Drug Administration (FDA) has also issued numerous warnings about using the drug for the treatment of COVID-19 in humans. 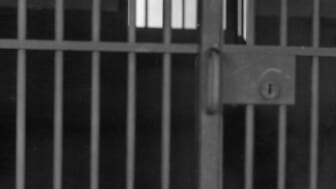 Per the CDC, “a recent study examining trends in ivermectin dispensing from outpatient retail pharmacies in the United States during the COVID-19 pandemic showed an increase from an average of 3,600 prescriptions per week at the pre-pandemic baseline (March 16, 2019–March 13, 2020) to a peak of 39,000 prescriptions in the week ending on January 8, 2021.”

The study also found that Ivermectin use has seen a sharp uptick since July, reportedly reaching “more than 88,000 prescriptions in the week ending August 13, 2021, 24 times the pre-pandemic baseline.” The Center for Disease Control and Prevention (CDC) released a health advisory reiterating its previous warnings against using Ivermectin to treat COVID-19 amid a rapid increase in prescriptions for the drug since the beginning of the pandemic.