Tamika Mallory wants Dems to act on police reform: ‘Tell me where you stand’

The social justice leader went one-on-one with theGrio to talk about the need to take action on the George Floyd Act, canceling student loan debt, and more.

Activist Tamika Mallory is calling on some Democrats to fight harder to pass police reform.

Mallory, the co-founder of Until Freedom, recently marched in Washington, D.C. on the 58th anniversary of the March on Washington, to shed light on the need to protect voting rights amongst other agenda items like police reform.

“It’s our responsibility to do what Congressman John Lewis said and make good trouble,” Mallory told theGrio. “Continue to go to those people who are in positions of power and demand that they do at least what they said they were going to do.” 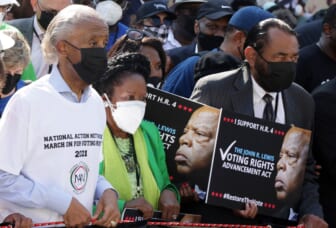 While the George Floyd Justice in Policing Act passed in the House in March, it is currently stalled in the Senate, and unlikely to pass unless the filibuster is removed or GOP members miraculously shift towards supporting it.

“We want to see the George Floyd Justice in Policing Bill go to the floor,” Mallory told theGrio in a recent interview, where she described the filibuster as an obstacle to getting important bills passed.

The George Floyd Act bans chokeholds and removes qualified immunity for law enforcement, opening a path for individual lawsuits. President Joe Biden listed May 2021, the one-year anniversary of George Floyd’s murder, as the deadline for police reform, but the date came and went.

Mallory noted that while most House Democrats voted for the act, in her opinion, some have not used their bully pulpits to press it forward.

“There are far too many Democrats that are sitting in positions of power who are actually helping to block progress on police accountability and a number of issues,” Mallory told theGrio.

Two Democrats in the House joined Republicans in voting against the George Floyd Act in March, including Rep. Jared Golden of Maine and Rep. Ron Kind of Wisconsin.

Mallory and Until Freedom have included other calls to action that include removing the filibuster, bringing the HR 40 reparations commission bill to a vote, canceling student loan debt and granting D.C. statehood.

The activist says that progress includes not just marching, but accountability for elected officials to represent their constituents. 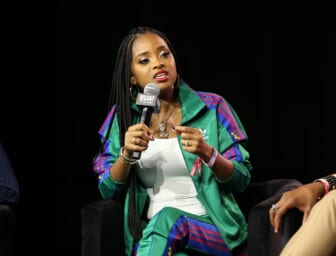 “I’m a registered Democrat,” Mallory told theGrio. “I vote for and donate and invest in Democrats. So when I go to Washington on Aug. 28, I’m not going to talk to people that are in a party that does not represent me. I’m going to talk to everyone in the Democratic party to say, ‘You tell me where you stand.'”

“We put you in office, and we want you to know that we will work to take you out of office as well if you do not represent our communities courageously.”

According to the Pew Research Center survey from September 2020, fewer adults in the U.S. expressed support for the Black Lives Matter movement than they did earlier that year, while the majority of Black adults’ support stayed the same.

As reported by POLITICO, Rep. Karen Bass (D-CA), the sponsor of the George Floyd Act, addressed negotiations in May, saying, “We are close,” but noted the impact of waning protests. “There are not hundreds of thousands of people out on the streets right now. So we need the pressure.”

When asked about how civil rights groups should keep up the momentum as the pandemic stretches on and protest numbers dwindle compared to last summer, Mallory emphasized investing in young leaders across the board.

“As leaders, we cannot go home and decide to lay down or sit down because we’ve got a new president or because we just have run out of steam,” Mallory told theGrio. “We’ve got to pass the baton on to others and…invest in young people.”

“These young people have not forgotten the summer of Breonna Taylor, Ahmaud Arbery, and George Floyd and so many others. They’re still protesting. They’re still marching, but they don’t often get the cameras of someone like Tamika Mallory and others who are out there who have high profiles. We have a responsibility to find them and to shed light on what they are doing.”

Watch the full interview with Tamika Mallory and the Make Good Trouble Rally above.